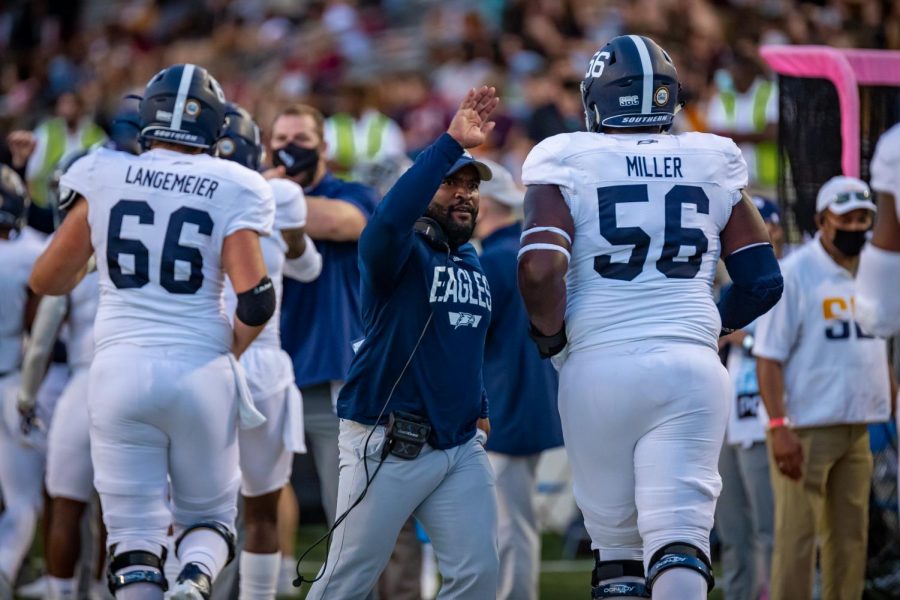 STATESBORO — Pure hatred is the only way to describe how Eagles feel towards the Mountaineers from Boone. A rivalry that dates back to 1932 and became prevalent again while both schools were in the Football Championship Series (FCS), the name “Deeper than Hate” is the perfect name.

The first game in the series took place in 1932, but the rivalry was put on hiatus for nearly 50 years until it was revived while both teams were a member of the FCS level of college football. When both teams joined the FBS rank in 2014, the rivalry only got more intense. Unfortunately for Eagle fans, Appalachian State leads the all time series 18-15-1. On the bright side, Georgia Southern does have a current winning streak of two games in the series.

In a tumultuous season affected by COVID-19, both teams have had a game postponed due to an outbreak within one team or another. Hopefully, these concerns will be put behind us and both teams will be healthy and ready to go for the game next week.

On the football side of things, both teams have started with a record of two wins and one unfortunate loss. Both teams have shown promise, but have also shown almost unexplainable weaknesses this season.

On offense, both teams have a plethora of experienced veterans and it shows as both teams are averaging over 26 points per game. Both teams are led by a senior quarterback with at least three years of starting experience. The rushing game is a point of emphasis for both teams as both offenses are top ten in rushing yards per game in 2020. Georgia Southern’s JD King and Appalachian State’s Daetrich Harrington have proven to be two of the most electrifying players in all of college football so far this season.

However, on the defensive side of the ball, both teams have shown glaring weaknesses. The Eagles have struggled mightily stopping the passing game, but Appalachian State has struggled to stop the ground game. The Mountaineers’ struggles against the ground game should bode well for Georgia Southern’s option-oriented offense.

In conclusion, this year’s edition of the rivalry game is extremely unpredictable. This could turn into an offensive shootout or both defenses could step up and turn this into a slugfest. With all that being said, I think the Eagles will run wild and chew the clock which will result in very few possessions for the Mountaineers.