Hip-Oh: An Exploration of the Band’s Eclectic Sound 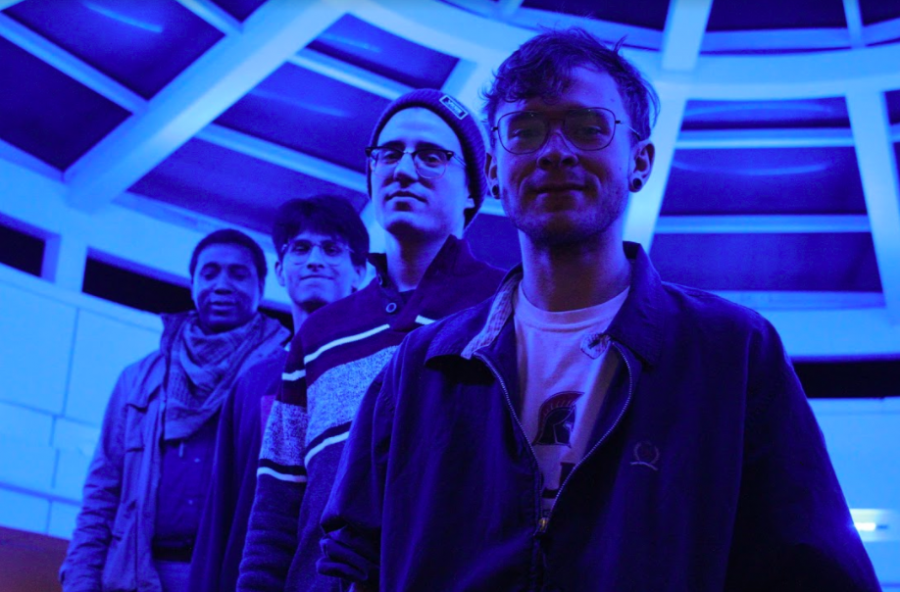 If you’re looking for a generic cover band to play your favorite songs just as you know them, a Hip-Oh performance is probably not your scene. The band’s ingenuity and style makes for a performance like no other.

“It’s a mix between neo-soul, mixed with hip-hop with a sprinkle of jazz and funk,” said Cyril Durant, singer and keys player both professionally and in the band. “I guess it’s technically jazz with all those things encompassed.”

The band has four members: Georgia Southern alumnus, Cyril Durant who, with both a bachelor’s and master’s degree in vocal performance, sings and plays keys; Jarrett Thompson, who is pursuing a graduate degree in music technology and plays drums; Hugo Flores, an engineering major who plays guitar and also sings; and Matt Garcia, who has been performing since 2004, pursuing music on his own and plays bass.

Thompson met Flores when auditioning for jazz band together. They started a band called Play of the Game.

Meanwhile, Garcia was an original member of the band Hip-Oh. Eventually, Thompson began playing with that band, and the group grew from there. 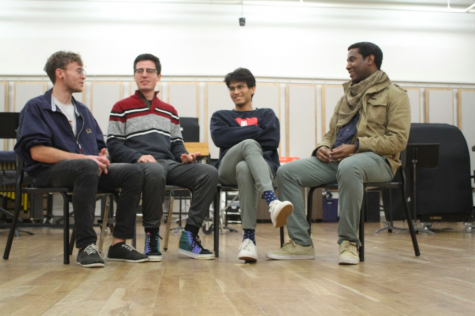 Thompson and Durant were both in Phi Mu Alpha Sinfonia, the nation’s oldest music fraternity. During his freshman year, Thompson had played shows with Durant, so he said knew that Durant could sing extremely well.

Thompson said that the group needed a singer because he had been singing in Play of the Game, but he doesn’t like singing much.

The group has been performing together since August 2019.

They have played shows around Statesboro at Eagle Creek Brewery and Dingus Magee’s and at places around Savannah.

Durant said that preparation of gigs can go one of two ways: either the group is able to practice together beforehand or they just have to wing it.

He said that meeting up is sometimes challenging because he and Garcia do not live in Statesboro. They try to meet at least twice a month before a gig.

When preparing for performances of covers, the guys learn the songs as they are written and then put their own spin on it. Even the same song may vary in each performance.

“So, if you come to a Hip-Oh show, there’s a possibility that you’ll hear the same song, but you won’t hear it the same way twice,” he said.

The group’s sound is an amalgamation of many different styles.

Thompson said that sometimes it is challenging for the group to get together because each member also plays with other groups.

“All four of us gig with other people because that’s kinda how we pay rent,” Thompson said.

Each member is passionate about their music and considers playing to be an important part of their lives.

“I really couldn’t see myself doing anything else,” Garcia said.

“I think for all of us, there’s a part of the soul that music feeds,” Durant said. “A significant part of my life as always been music and performance of music.

When it comes to the live music scene, Garcia believes that Statesboro is a bit of an anomaly.

“It’s a lot more lively down here than I really think it should be for being this deep in the south,” Garcia said.

He said that, in areas that have small populations like Statesboro, there is normally not much diversity in taste and values.

“But when it gets to this town, the college is here and it’s just like a big melting pot,” said Garcia. “I think it’s expanding, just like the town. The more time it’s given and the more people that come through it, the more opportunity it’ll have to grab on to something else.”

Durant said that of the places in Statesboro that do host live music, there is an eclectic blend.

“It’s pretty all over the place,” Durant said. “You’ve got people that play country, people that do strictly straight up blues or do roots music. Then you’ve got guys like us who take a little bit of everything and make it our own sound.”

“I just got tired of just sticking to the track and making it sound like it was just off the radio because you can go sit in your car and turn on a CD,” Garcia said. “But when you go to see band, I just expect something different out of that.”

Durant said that Statesboro’s music scene has changed over the years.

“You want to be a part of the experience,” Durant said. “So, I’ve seen the Statesboro music scene in two facets.”

He said that there was a period between 2009 and 2012 when the city had new bands, featuring many different genres, popping up everywhere and playing together.

“Then there was, like, a short point in time where it just sort of phased out as far as being able to have live music,” said Durant.

Durant said that after the Gatto Law was put into place, making it illegal for people under the age of 21 to enter bars, the music scene suffered a minor setback. He said that this eventually led to the formation of an underground music scene.

One of the most prominent locations of this covert scene was known as the Birdhaus. It operated from 2015 to 2017.

“We called it the DIY scene because it was very much DIY; We did it in our house,” said Thompson. “The scene is really different than where I play now because now I play a lot more bars and restaurant.”

Thompson said that were some notable difference between DIY gigs and the places the band plays now. On difference is that now the guys usually get paid for their performances.

“In DIY, it was definitely more original music, there weren’t really any covers at all. It’s kind of the inverse whenever you’re playing in a bar or like at the Blue Room,” said Thompson.

Hip-Oh has no plans to stop making music anytime soon.

“I think that as a group we’re going to keep playing together no matter where we end up because the way recording technology works now, you can do it from anywhere,” said Thompson.

He said that he knows he can rely on Hip-Oh’s members to help him by contributing pieces that he may need, even if working on music for someone else.

“I just want to keep being a working musician, and I see this group more as an outlet for creative work,” Thompson said. “There’s a lot of times that you might be working with people who might not be as motivated as you, and these three guys are definitely just as motivated, if not more motivated, than I am sometimes.”

Durant says that the short-term, most attainable goal for the group is to put out original music. He said that the band already has three or four songs completed. They are also continuously working on new songs.

“We’ve got a lot of skeleton pieces because we’ll send each other bits and pieces,” said Durant.

The guys said that the process of writing original music looks different almost every time.

“The generic process that we would go through is somebody has a little spark of some sort and they share it with someone else,” said Garcia.

They said that each song moves throughout the group and by the end, it has been amplified four times by each member’s original take.

The band always wants to make sure that everyone can contribute to the writing process.

One of the Hip-Oh’s main long termlongterm goals is to begin performing in the festival circuit.

“I personally would like to see us go to the top, of course, but for the sake of just filling up my time,” said Garcia. “I love just playing music festivals and going to new towns and playing different places.So, anything that can just keep us constantly moving and getting to new places.”

Durant said that the experience of playing music live is rewarding.

“We’re really good at playing covers and putting our own spin on them, but it’s a different kind of gratification that you get from playing your music in front of people that are there to hear your music, like your original stuff, and they dig it,” said Durant.

For the band members, being open-minded is essential.

“The main thing we try to emphasize is no walls, endless creativity. We don’t ever want to be limited by anything,” said Garcia.