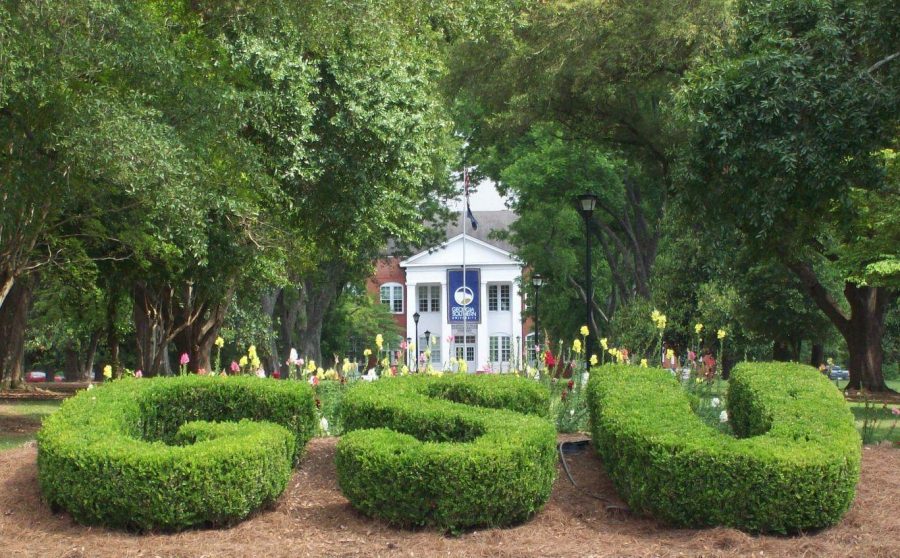 STATESBORO — Georgia Southern has won the opportunity to engage in future academic relations with the U.S. Navy to benefit the growth and education of duty sailors, Marines, and Coastguardsmen.

“The Marine Corps Parris Island training base is 82 miles from the Armstrong Campus, and about 60 miles from Statesboro is the United States Army Cyber Center of Excellence and the Army’s Signal Center of Excellence at Fort Gordon,” said retired Col. George Fredrick, the Georgia Southern director Military and Veteran Services in a Wednesday press release. “I think that this is another testament to what kind of military friendly institution we are.”

The collaboration with U.S. Naval Community College (USNCC) is influenced by the U.S Navy’s broader Education for Seapower Strategy, a program that specializes in enhancing the knowledge of enlistments.

Frederick also said that the partnership with the U.S. Navy is beneficial towards the expansion and success of the military and STEM programs.

Along with this forthcoming opportunity for Georgia Southern military students, Frederick mentioned there is also a predicted growth in enrollment rates of sailors, Marines, and Coast Guardsmen. Through the USNCC program, there is a projected expansion of up to 50,000 more enrollments across the nation of military students within the next few years.