Eagles run away from Minutemen in blowout win

Eagles get their first shutout of the season against UMass 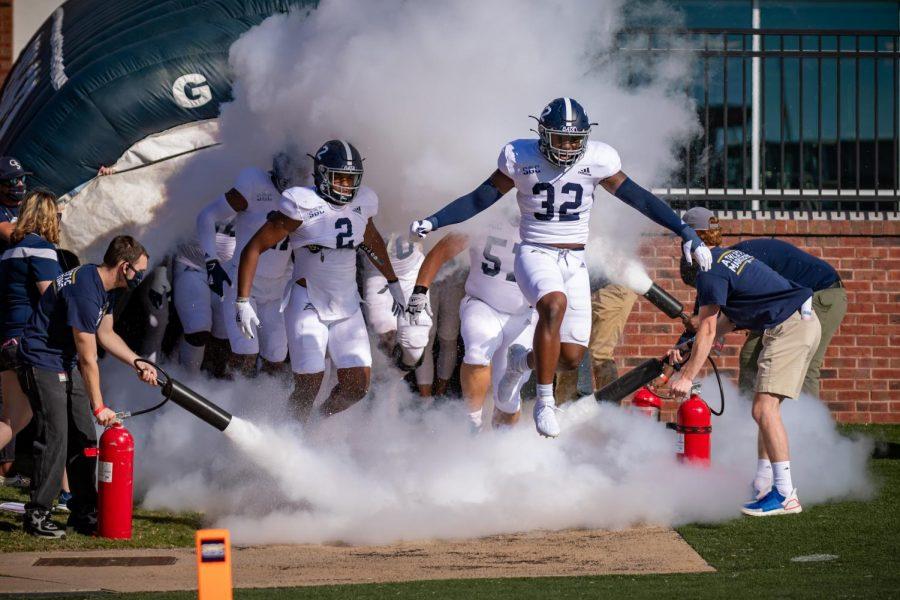 STATESBORO — After struggling in the first three games to begin the season, many were skeptical when Georgia Southern opened as a 30 point favorite over the Minutemen. The Eagles quickly proved that this line was well deserved.

In addition to Werts finding the endzone a total of four times, the always electrifying Wesley Kennedy III eclipsed 100 rushing yards and added another touchdown on the ground. Tight end Beau Johnson would also find a starring role against the Minutemen as he caught two of Werts’ touchdown passes.

On the defensive side, Rashad Byrd showed why he is an NFL prospect with 10 tackles including one for a loss. Derrick Canteen and Darrell Baker Jr. both found the stat sheet with an interception of their own.

For a game that was scheduled on such short notice, this game exceeded any expectations GS fans could have had prior to the game. A win by over 40 points coupled with a shoutout showed that the Eagles are more than capable of hanging with anyone.

After so many obstacles nearly prevented a GS home game for over a month, it was pretty cool to see how fans came together and committed to the guidelines set by the university in order to hopefully finish the rest of the season with no bumps in the road.