Out of state students and voting 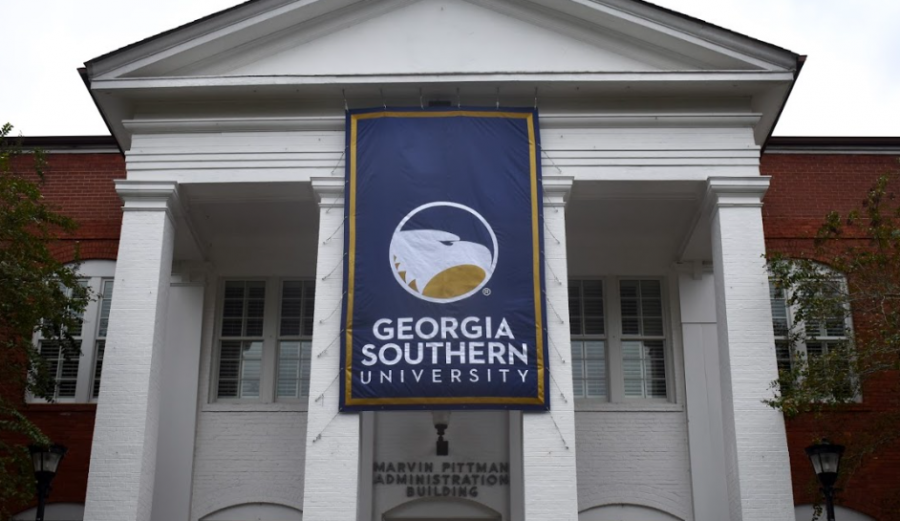 With just over two weeks left in the 2020 presidential election, questions about the COVID-19 pandemic’s effect on voting are reaching a peak. Now, students from out-of-state who attend Georgia Southern University are considering their options to ensure their vote gets counted.

In 16 states, mostly concentrated in the east coast and south of the country where a majority of Georgia Southern out-of-state students reside, absentee ballots are the only legal method of mail-in voting for citizens who cannot make it to the voting booth in their county of residence. According to Pew Research, 50.3% of primary election votes in 2020 came from mail-in ballots up until October 13th; Pew predicts there will be a much higher proportion of mail-in votes in this election due to concerns about COVID-19.

Political concerns about the integrity of mail-in voting raised by the executive branch have triggered months of court battles all over the country over claims made about voter fraud.  The administration’s decision to block funding for the U.S. Postal Service and subsequent admittance of doing so to suppress mail-in voting has triggered partisan outcries from the Democratic Party.

Students were asked about their confidence in the mail system and whether they believe mail-in ballots will be counted. Student A raised questions supporting the efficacy of mail-in voting: “I feel like the process that you go through in order to correctly enclose your ballot would make it obvious to the voting center that it had been tampered with, but what if it never showed up?”

According to CBS, “showing up” may be most synonymous with mail-in ballot rejection which has affected votes in the 2020 primaries by the hundreds-of-thousands due to simple mistakes like unverified or missing signatures. If students want to make sure their vote counts, it is well-advised that they fill out their ballot correctly.

Since the ongoing pandemic is forcing students to decide between the health risks of in-person voting and the possibility of an uncounted mail-in ballot, some students are making a compromise. “I feel safer traveling home. I want to drop my ballot off at the voter center just to avoid any mail inconvenience,” says Georgia Southern student Jada Cadet. Jada also said her confidence level was a 6 out of 10 that her ballot would be counted. Student A says, “Even though I personally delivered my absentee ballot to the voting precinct, I felt safer doing that versus standing in a line with people potentially exposed to COVID-19 and having to use those machines.”

To avoid extended periods of close contact with people and facilities, Georgia Southern students may want to consider filling out their ballot safely and dropping it off at their home-county’s voting center.

The 2020 presidential election is already priming to be one of the most controversial elections that Georgia Southern students will have witnessed in their lifetime. As a first-time voter in a presidential election, Audree Toler expressed that this election was “extremely important. I have never cared so much about voting and pressured my friends so much to vote.”

After moving to a new state, Toler said she faced extensive hardships in getting her ID which she needed to vote; “I got my updated license on my 4th DMV visit just so I could vote!” she said.