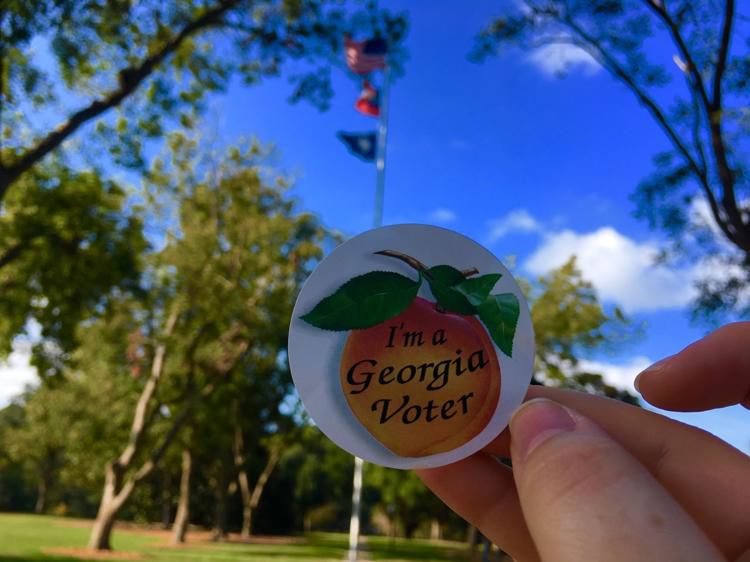 Gen Z is the generation that is known for consuming media, and a lot of them will be voting for the first time in the upcoming election.

The younger generations are increasingly using their voice and social media platforms to talk about the importance of voting. For many of Gen Z, this will be the first time that they have the opportunity to vote in the presidential election.

“It’s just a lot of pressure with this election, it feels like we’re carrying the weight of the world on us like we have to do this or else we’re going to have to go through this for another four years,” said Margaret Kochetta said, a 20-year-old junior psychology student.

The upcoming election will be Kochetta’s first time voting and she says she sees about 5 to 7 posts everyday regarding politics and the election.

It is common to see misinformation and fake news in the mix of real information throughout social media platforms. It is especially common with anything politics related.

TikTok is owned by Chinese tech giant ByteDance and recently the Trump administration was trying to get TikTok to sever its ties to ByteDance, but President Trump has given tentative approval to a deal that will keep TikTok available to users, according to NPR.

A lot of Gen Z uses TikTok on a daily basis. Kochetta said she uses TikTok and believes Gen Z will be a game changer in this election.

Kowalewski said there has always been misinformation advertisements like in a pamphlet for example, but now because of social media the information goes out much more quickly.

Some 55% of adult social media users say they feel “worn out” by how many political posts and discussions they see on social media, according to the Pew Research Center.

“It’s a lot of information overload like everyday we’re getting all of this news like crazy things, really horrible things and really good things, it’s just a lot,” Kochetta said.

With so much misinformation on social media, if the person does not fact check every story, tweet or post they see, it is easy to share fake news regarding any political party or news in general.

“I don’t believe democrats are evil and I don’t believe republicans are evil, but I think you’ve got these extreme fringe groups that are putting a lot of misinformation in that’s hurting our democracy overall because people will read this information and believe it without double checking,” explained Kowalewski .

She also said social media defiantly has a political impact and said it is going to take issues that are important to them to be more involved with politics.