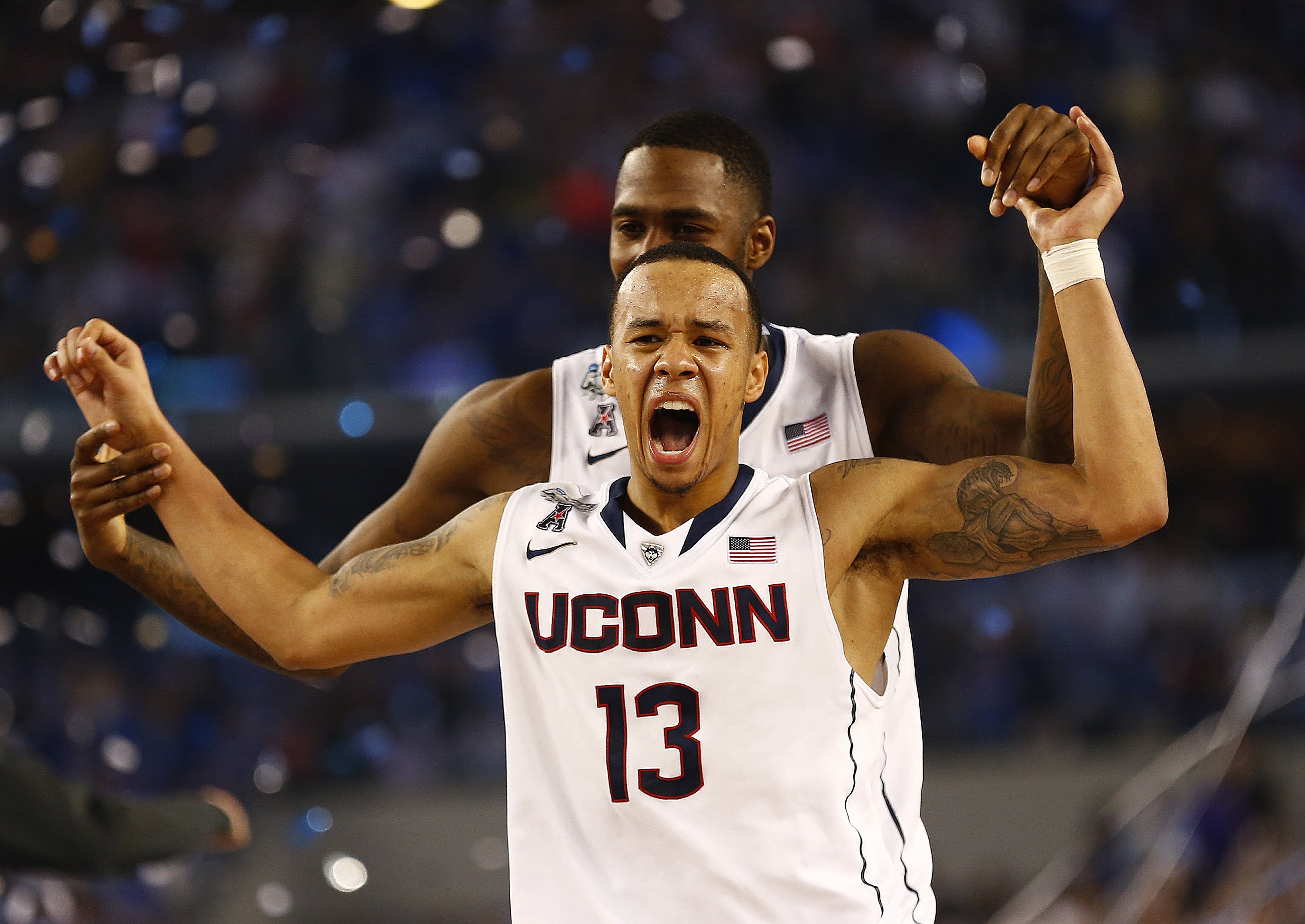 Last year, in Kevin Ollie’s first year as the head coach of the University of Connecticut’s men’s basketball team, the Huskies had to watch others celebrate in March Madness. UConn was under a ban from postseason play due to academic issues of former players.

In 2001 as a freshman, Napier danced under the confetti in Texas and celebrated with his teammates after winning his first championship. The Huskies were led by an undersized, sharp-shooting guard, but back then it was Kemba Walker and Napier was playing second fiddle.

Fast forward to his senior year, and Napier has made a name for himself for taking over games, just like Walker did. He’s quick with a lightning-fast shot, and an uncanny ability to never show fear.

This game had two of the most prestigious basketball programs in history clashing against each other as underdogs. Can these two really be labeled as underdogs? Unbelievably, they were, especially the Huskies.

Kentucky was the preseason No. 1 team in the country with an all-freshmen starting five. They were filled with 18- and 19-year-olds with unlimited talent and potential and ridiculous expectations. After not being able to dominate the regular season, the Wildcats received an eight-seed by the selection committee and the committee clearly made a mistake.

After beating Kansas State in the first round, Kentucky went on an unreal run to make the national championship. In the second round, they beat the undefeated Wichita State, and then the defending champions of Louisville in the Sweet 16. To reach the Final Four, Kentucky beat last year’s runner-up Michigan, and then they beat the No. 2-seed Wisconsin to get to the national championship. Freshman guard Aaron Harrison hit game-winning three pointers against Louisville, Michigan and Wisconsin.

Connecticut had no easy run either. After beating St. Joseph’s in the first round, UConn upset Villanova, Iowa State and Michigan State to reach the Final Four. When they really turned heads was against the No. 1-overall seeded Florida Gators. Florida was the big favorite, and FiveThirtyEight editor Nate Silver had them as a 70 percent chance to beat the Huskies. They were the most experienced team in the nation with an unforgiving defense. The tide changed and UConn had the unforgivable defense and the Huskies were on to face the Kentucky freshmen.

Napier, who was awarded the Most Outstanding Player of the tournament, truly dominated in March Madness. He averaged 21 points and 4.5 assists per game over the six games while rarely sitting down. In the championship game, Napier was clearly the best player on the court, even with all of Kentucky’s first-round talent, as he scored 22 points with three assists and six rebounds. He only sat for one minute the entire game.

With confetti raining down on the stage after the game, Napier addressed the audience and all of Husky nation.

“You’re looking at the hungry Huskies,” Napier told the crowd and TV audience. “Ladies and gentlemen, this is what happens when you ban us.”

Clearly, the Huskies had a hunger they couldn’t wait to unleash. UConn’s coach left, several teammates transferred and no conference wanted one of the best basketball schools in history. How much fuel to the fire did they need? Dinner was served with Wildcats as the main course and confetti for dessert.

The coaching of Kevin Ollie deserves all the praise in the world as well. Ollie was supposed to be a star in his playing days, but never really panned out. Instead of giving up, Ollie kept pushing and kept finding a way to make an NBA roster. He brought that same attitude to UConn and made history. Ollie won 20 games in his first season as head coach and 32 the next to win the national championship.

UConn is now the only team to win four national championships in the last 16 seasons. The great Lil’ Wayne himself may have said it best when tweeted, “Napier’s the truth.” Tunechi! Napier was the truth this whole season as he stayed with the Huskies through the good and the bad and ultimately this time he led them to a national championship.