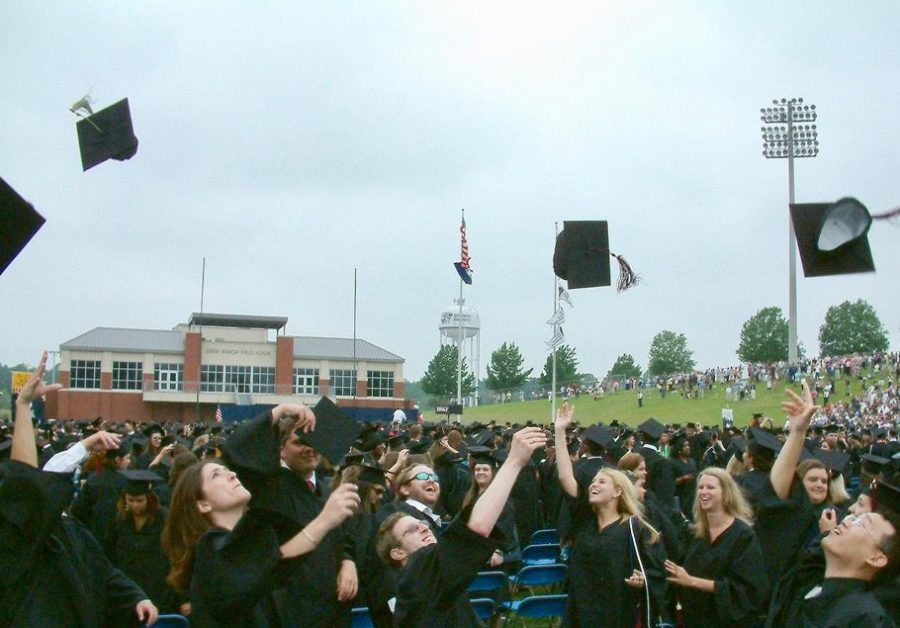 From the time we are born we have no choice but to trust our parents to guide us, to mold us and to help us make better decisions for ourselves. The greatest challenge they are supposed to help us overcome is what to do with our lives after we are legally no longer their responsibility.

In families where a college education was not stressed or considered, many young people will struggle to decide what they want to do with their lives. Some may be able to pick from what their high schools have to offer while others must decide their own paths without guidance.

Three Georgia Southern University students shared their stories of how they chose a path their parents did not, and how they overcame the stigma held against them thanks to the help of tact and unlikely mentors.

Ruben Benitez, a fifth year senior public relations major, was born in Colombia but transitioned to the United States when he was three. His mother attended accounting school but had to drop out after she became pregnant with him. She soon married a south Georgia man and Benitez gained two older step siblings.

While his family was well-off financially, Benitez said that neither his older siblings or his parents attended college and the bar for him to go was set very low. He originally had trouble applying to colleges and financial aid and had to figure such things out without parental assistance.

However, his mother did step in to influence him to pursue a secondary education.

Society in general, Benitez said, does not have much of a focus on students, let alone education.

“Whether it’s first-generation or not, I don’t think they put the focus on helping people to graduate,” Benitez said. “In high school, they didn’t really prepare you to apply let alone graduate college.”

Benitez said that while college is important, it is ultimately not the equivalent of happiness.

“College isn’t for everyone,” Benitez said. “I struggled with it and if I had someone with experience with it as well, someone who helped me out with it alone the way, it would have been a lot easier.”

With neither his parents nor grandmother having gone to college , freshman theater major Christopher Bernard said he thought for the longest time a secondary education wasn’t an option for him.

Both of his parents were caught up in a lot of bad stuff, he said, and he was subsequently raised by his grandmother.

“Both my parents failed out of high school in, I believe, the 10th grade,” Bernard said. “I never really knew my dad. My mom always said [school] wasn’t for her. One of the reasons she quit was because she got pregnant. She had her first three children in her teens.”

Bernard said his grandmother tried to encourage him to stay in high school and receive his diploma. However, his biggest influence was a retired GS pianist, professor Michael Braz. Braz showed Bernard the campus and told him that college would help him immensely.

“He’s the reason I’m here,” Bernard said. “He’s helped do things such as finish paying tuition, help me get scholarships I didn’t even know I can get. Even now he’s pushing me to think about my graduation.”

Bernard said that he believes that those with his simular background can be more successful in college than the generation before.

“I feel like there are a lot more doors open who are from rough backgrounds and can’t necessarily afford college or aren’t really the college type of people,” Bernard said. “There are so many more opportunities, you just have to show that you can do it.”

Both of Edwards’ parents attended college, but did not finish or receive their diplomas. Edwards’ father had a basketball scholarship but left for the military, and her mother left after a year.

However, there was always an expectation that their children would attend college.

“My parents always wanted me to go to school or get a job,” Edwards said. “The only time I ever really wanted to quit was when I got too overwhelmed with my work. But I’m not really a quitter.”

Edwards said that her sister is one of her greatest inspirations.

With a six-year age gap she was like another parent to her and made sure she stuck to her academics before and during college.

“I think in a way she wanted me to be better than her too,” Edwards said. “It’s like a rivalry, but I feel like it was more parental. It was never spoken, but more subtle.”

Edwards plans to work on an internship after she graduates before attending law school.

According to a 2018 report from the U.S. Department of Education, about one-third of U.S. undergraduates in 2011-12 had parents who hadn’t attended college.

Students of these low-income families may need professional mentoring. Often, first-generation students apply only to a single college and do so without help. They can’t afford multiple application fees and they are unsure of how to determine a good fit, as their parents have not taken them on any college tours.

Resources available to help students combat the first-generation struggle can be found in the financial aid offices or from academic advisers.