Georgia Southern takes down the Trojans in another hard fought win 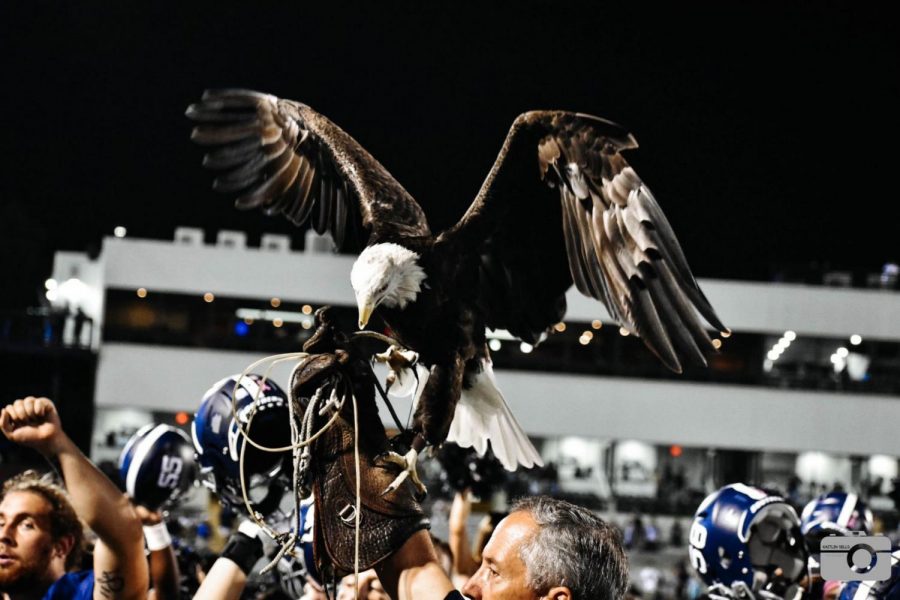 STATESBORO — The weather on Saturday afternoon set the scene for a beautiful day of football. Georgia Southern’s homecoming game lived up to the expectations.

Coming into Saturday, many Eagle fans had high expectations for a Georgia Southern offense against a Troy defense that had not been strong. However, key injuries to star running backs Wesley Kennedy III and JD King would bring those expectations down a level.

After a scoreless first quarter from both teams, both teams would score in the second quarter. The Trojans would get their only touchdown off of an interception that would end up being Shai Werts only incompletion of the day.

After a field goal to open the second half, Troy opened up a 13-6 lead over the Eagles. However, redshirt freshman Gerald Green would quickly run it in from 69 yards out for his first career touchdown.

With just over two minutes remaining in the third quarter, the Eagle offense would quickly move down the field. Shai Werts would scramble from five yards out for what would become the game-winning touchdown.

From Troy’s perspective, the offense was abysmal. The Trojans’ offense would fail to reach 250 total yards and was the victim of two turnovers. The defense held up for the most part, however it would crumble in the third quarter.

On the Eagle side, the offense continued to struggle for the majority of the game. To put it lightly, the offensive play calling for the Eagles was not very creative.

On defense, the Eagles were everything you could as for. They held the Trojans to under 250 total yards, forced two crucial turnovers, and held the Troy offense out of the endzone.

The Eagles will now shift their focus to their Nov. 14 game against Texas State.