Despite a subpar record, the Bobcats are not a team to take lightly 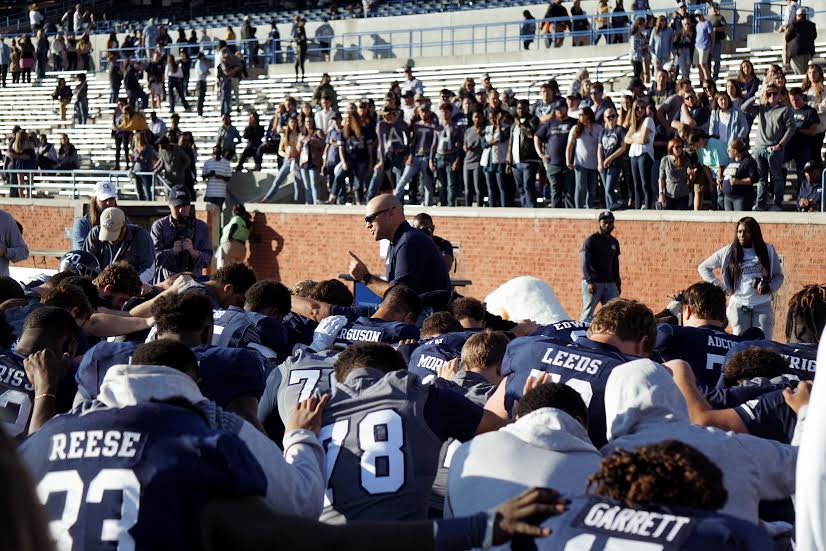 On Saturday, Georgia Southern will take on a one win Texas State team. However, the abysmal record does not determine how competitive the Bobcats have been in 2020.

Texas State has not won a football game since Sept. 19, nearly two months ago. However, this Bobcat team has been competitive in most of their games. Out of their eight losses, three have been by just one possession with another by just 10 points.

On offense, the Bobcats have shown flashes of what could potentially be one of the most electrifying offenses in college football under second year head coach Jake Spavital. However, a plethora of injuries have derailed the Texas State season.

On offense, the Bobcats have gone through a lot of turmoil during the 2020 season. They have seen a change at the quarterback position after the magic of Brady McBride’s hot start began to evaporate, which allowed veteran Tyler Vitt to take over the offense. The Bobcats have lived by the pass and died by the pass, while the ground game has been hit or miss.

For the Eagles, the offense should be able to run the ball nearly at will. If the Bobcats cannot stop the run, Georgia Southern offensive coordinator Bob DeBesse should not have to call many passes at all. However, after multiple games where play calling has been the Eagles’ biggest problem, it will be intriguing to see how the coaching staff calls Saturday’s game.

On defense, the Eagles need to step up against the pass once again. Over the past few weeks, the Georgia Southern defense has shown massive improvements in the secondary. This should hold true once again as the Eagles take on a disappointing Bobcat offense.

DJ’s Prediction: Eagles runaway from the Bobcats with a 37-20 win