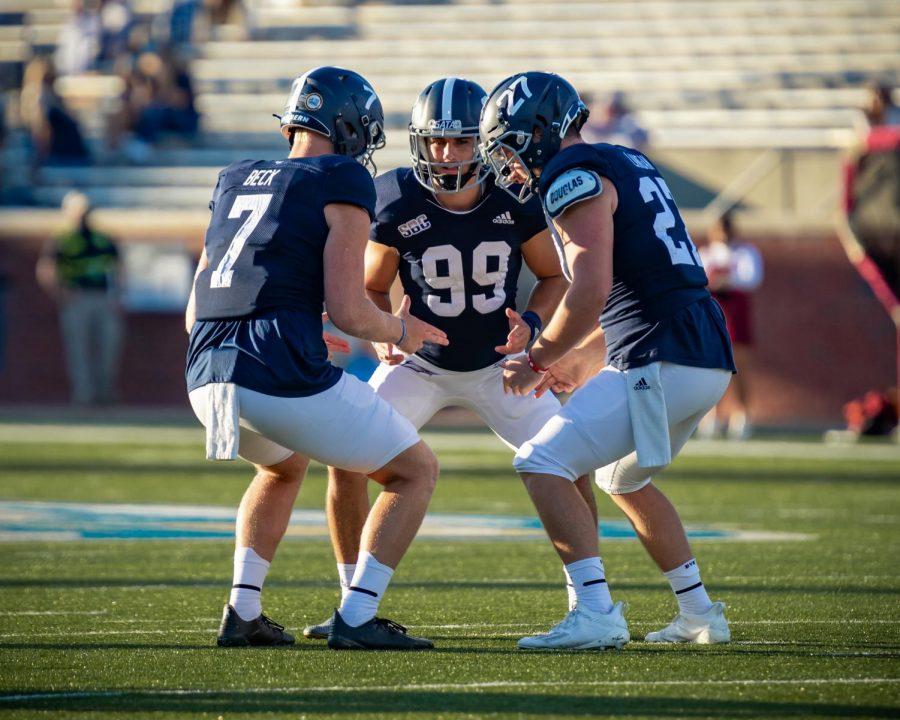 On Saturday afternoon, many seniors were hoping to enjoy a rather easy win and potentially even get some underappreciated guys some playing time. However, Texas State would give the Eagles everything they could handle.

From the start, this game appeared as if it would be a runaway Eagle victory. The special teams unit recovered a botched snap on a Texas State punt. This would set the Eagles up inside their opponent’s five-yard line and they would find the endzone in just two offensive plays.

On the ensuing kickoff, the speedy Jeremiah Haydel would explode for a 97-yard kickoff return touchdown to know the game at seven.

However, just eight plays later Shai Werts would find himself in the end-zone yet again. Not only would this be his second rushing touchdown en route to three on Saturday, his 29-yard scamper made him the Sun Belt’s all-time leading rusher as a quarterback.

After Werts’ record-breaking scramble, the Eagle defense would force an interception on the next three Bobcat drives. However, the offense would only put up six points as a result of the turnovers.

Both teams would score one more touchdown before halftime and the Eagles were ahead 27-21 at the intermission, although the game had been dominated by the Eagles for the most part.

The Eagles would maintain their lead for the remainder of the game, with the Bobcats never getting back to within closer than two points. In the end, Georgia Southern would hold on 40-38 and escape with another hard-fought win over a conference opponent.

All in all, the Eagle offense finally showed the explosiveness that many fans have expected to see all season. This is a welcome sight to see as Georgia Southern is set to enter the most important stretch of their 2020 season.

On the defensive side of the ball, the Eagles were a rollercoaster to watch. Despite forcing four turnovers, the Bobcats also managed to put 38 points on the board. If the Eagles want to establish themselves as Sun Belt contenders, they must be able to put together a great game on both sides of the ball.

The Eagles will now shift their focus to their Nov. 21 game at Army. The game will take place at noon and will be televised on CBS Sports Network.