More than 1,700 students expected to participate in December commencement ceremonies 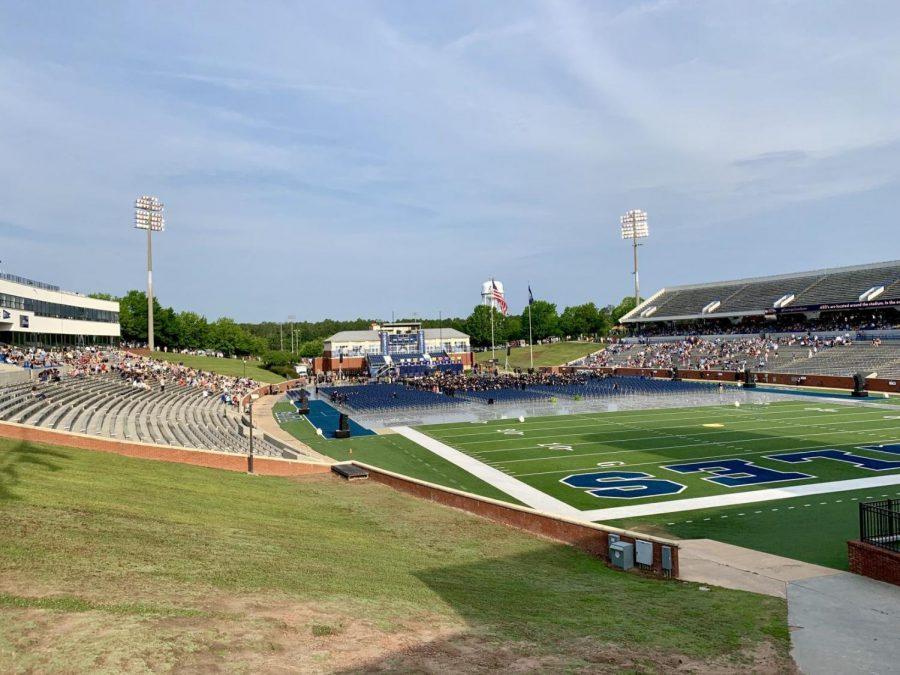 STATESBORO — Over 1,700 students have signed up to participate in Georgia Southern’s in-person commencement ceremonies for the fall semester.

Fall graduation this year will be split up into five ceremonies over the course of three days. All will be held in Paulson Stadium with the exception of the first ceremony on Sunday, December 13, at the Savannah Convention Center for any undergraduate students who wish to participate there.

The remaining four ceremonies will be held on Wednesday, December 16, and Thursday, December 17, in Paulson Stadium. There will be two each day, one at 10 a.m. and one at 3 p.m.

Graduates from the spring and summer semesters are also being given the chance to participate in the in-person ceremonies for the fall semester since the spring 2020 ceremonies were held virtually instead of in-person.

“Each ceremony will again be streamed live for anyone who cannot attend the ceremonies in person,” Scot Lingrell, vice president for enrollment management, said. “We look forward to recognizing the academic accomplishment of each graduate and celebrating with their families.”

Anyone in attendance will be expected to wear face coverings and follow social distancing guidelines between groups of people that are not from the same family.

Additional details and updates about the fall semester commencement ceremonies can be found here.