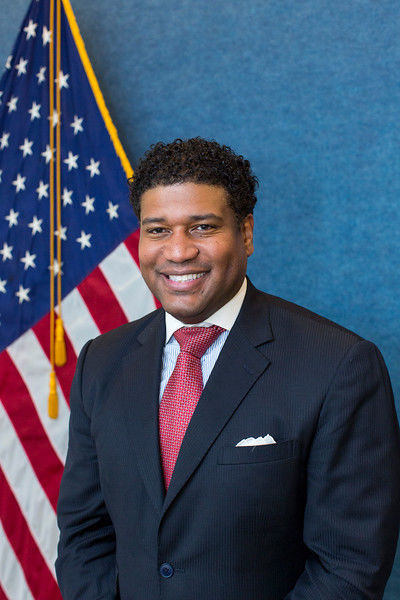 Damon Williams, Ph.D., is a national expert on diversity and inclusion.

Damon Williams, Ph.D., is a national expert on diversity and inclusion who has worked with Georgia Southern University throughout the 2018-2019 academic year by gathering student feedback regarding the campus climate.

Williams’ work will help the university develop a comprehensive plan to enhance diversity, equality and inclusion at GS.

Williams sat down with The George-Anne to discuss the work he and his team are doing on Georgia Southern’s campus.

What is your primary role as a diversity and inclusion educator?

“I am an organizational strategist, and I work on helping organizations to improve and to get better in different types of ways, and I do that using a range of different techniques, whether that’s strategy development, research evaluation and assessment, leadership development or educational experiences and products.

Based on what you have seen so far, what are your thoughts on Georgia Southern University concerning diversity and inclusion?

“I think there’s a lot of opportunity to really make diversity and inclusion a real power and strength of the university. [Georgia Southern has] such a strong diversity in the student body, I think is a point of strength that makes [it] very unique.

What are some of the schools and incidents you’ve worked with in the past?

A lot of times, I’m there working proactively or giving a keynote or giving remarks or spending a day in residency with the institution. Most instances, it’s not necessarily in response to an incident.

It’s really in response to that institutions are trying to get better, and they believe that some of the work that we’re doing can be helpful in that regard.”

The George-Anne recently reported on the “triggerish” incident and the incidents involving two Georgia Southern professors allegedly saying the N-word. Have you seen any similar incidents on others college campuses you’ve worked with? If so, how did the school address it?

Further complicating it is, was it recorded? Was it videoed? Was it transmitted live? Is it archived in social media? So, there [are] a lot of different dynamics that happen with every scenario, so I think it’s important for each and every scenario to be treated individually. One of the things that I’m asked a lot is, ‘what is the difference between hate speech and protected speech?’

It’s important for faculty to have empathy for our students, no matter who they are and their backgrounds, and when we’re engaging in difficult conversations in classrooms, and certain types of language are going to be used, I think it’s important to let students know that on the front end.

I think it’s fair to have a negotiation back and forth with students to really define collaboratively what the learning environment is going to entail, and I think that ultimately leads to the type of learning experience that everyone can tap into, and sometimes, when difficult language is necessary, it makes it a better proposition.

Finally, I think that there are times when certain language probably isn’t even necessary to be used to have the conversation that needs to be had. I think the faculty needs to be very thoughtful and understanding of that as well.”

What do you hope to accomplish during your time here at Georgia Southern?

“We’ve been working with the university now for several weeks, and we’re really trying to support President Nickel, and the Provost Reiber and Vice President Lewis, as they’ve been stewarding the university, with others, around getting the university started on the diversity and inclusion journey, and as a strategic priority, and our job is to help them really launch that work, and I think we’ve done that.

Our job is to help support the university’s leadership, and they’re really wanting to strengthen the university’s diversity commitment and the work that’s going on, and I think what’s particularly important is the timing of how this is happening, because there’s a new president that will soon arrive on campus, and he has been very interested in this work and very supportive of this work, and he’s looking forward to playing a key role with the Provost and the VP of student affairs and others to help us toward the future.”