“The First Amendment excuse is out” 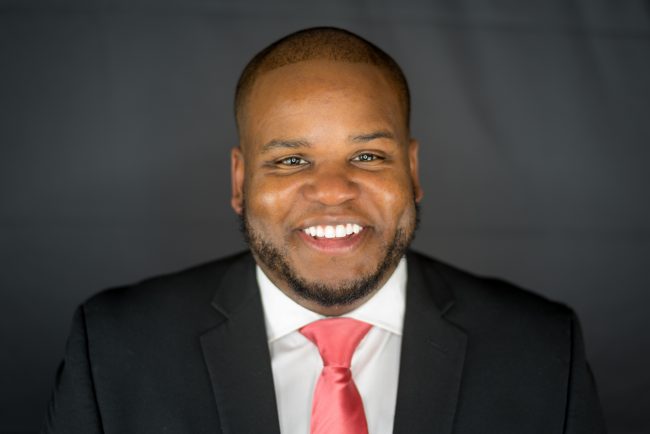 This is a partial transcript from part of that conversation.

Andy Cole, Editor-in-Chief of The George-Anne: “You said words matter. You know, a lot of students take issue with the words Georgia Southern uses—the First Amendment excuse. We’ve got a kid, you know, two people over the summer that are in blackface. A lot of students feel that all Georgia Southern says is, ‘Well, we respect the right to the First Amendment.’ And now you have this opportunity to say, really, this is what’s up. Personally, when you see Logan Sierra, for example—you know, there was a similar incident like [Sierra’s] at The University of Florida. This person was a freshman, and they didn’t expel him but they rescinded his application. And I told my friends, in just talking about the incident, ‘You know, they’ll lose in court.’ There’s no question about it, they will lose that court case. But, the message that it sends to the campus community is, “Hey, we hate this so much that we’re willing to go to court for it.’

TaJuan Wilson, Chief Diversity Officer and Associate Vice President of Inclusive Excellence: “Yeah, I would say that we’re absolutely going to commit to anti racism. So I don’t want people to get lost in the language as much as the work that they’re going to see coming out of the office. And I think that that’s important. And I think—I agree with you 100-percent—the I agree with you 100-percent—the First Amendment excuse is out. Right? First Amendment excuse is out. Right? Folks are sick of that. And that’s fair, and it’s understandable. And I think what matters to me is not so much the First Amendment protections, because First Amendment protections are important and they protect folks on both sides of an issue and I know you get that, but it’s how we show up for our students in the moment and how we support them that I’m most concerned about. That is what matters to me the most. And I will tell you in the case of Logan Sierra, Logan is not a student at Georgia Southern University. Right?”

Cole: “—But that’s not due to the university’s actions. He chose not to come here.”

Wilson: “He chose not to come here. He chose not to come after a series of meetings and interactions with leadership at the university where we had the opportunity to reach out to the family to connect, to talk about our institutional values, to talk about the impact to our students, to talk about the impact to his potential experience at the university. And it was ultimately decided—100-percent by his family—that Georgia Southern University was not going to be the place that he attended. And we respect that decision wholeheartedly. And I agree, we see lots of other institutions and other states and other systems that take a different approach than what we take here in the great state of Georgia. And I wish that I had a better response for you. I will tell you that there are more examples of institutions not expelling students in these situations than examples of institutions who do expel students in these situations. And to your earlier point, they will lose in court, they will absolutely lose in court. And so I also think about what we hope is the transformative experience of higher education, as well.

I personally, you know, grew up in South Arkansas in a really small town, I wasn’t a perfect person when I arrived at my undergraduate campus, and neither were any of my peers, as well. And I do think that there are things that we absolutely have to stand up for and call out in the moment. And I think that that’s very real. But I also think of what a better person I was three and a half years later, when I graduated from undergrad, because of the experience. If I’m a student, and I’ve never been exposed to a person of color, if I’ve lived in a town in Georgia, or anywhere in the country, or anywhere in the world, where I’ve had the opportunity to never experience a different person, and then develop all of these, you know, preconceived notions, these thoughts, these perceptions of what that life must be like, or what that person must be like and then I show up in this space, or I made a mistake just before getting to this space and I never had the opportunity to actually enjoy this environment or get to know people who are different than me or get that level of exposure. Right? And I think that’s a huge disservice. Right?

Threats, harassment, discrimination, those are the three things that we can act on and act on all day, every single day. The rest of the situations get really complicated. As you know, as we witness time and time again, at the institution we will do more, and we’re committed to doing more, I want to be very clear about that. And so we’re going to stand up, we’re going to support our students, we’re going to stand in that moment with them. We’re going to bridge that gap. That is our obligation as an institution. I’m not an attorney. And I don’t pretend to be an attorney. And so there are some things that, you know, I don’t want students to conflate what my role is, with this notion that my job is to kick students out of school and to punish people.

That’s not what a chief diversity officer is. My job is to come in and build a comprehensive strategy that moves this institution forward. And sometimes that takes time, significant time, and work and effort. But that’s what I’m committed to. And I agree, First Amendment [excuse] is out. We have to do more, we have to stand in the gap we need to be in the moment with our students. We are committed to anti racism, I want to say that equivocally, we are, absolutely, as an institution. It just did not show up in the plan. But it does not mean that that’s not the work that we’re engaged in at the institution. But our words matter. Calling people in, not calling people out, is absolutely critical.”