Searching for a new home 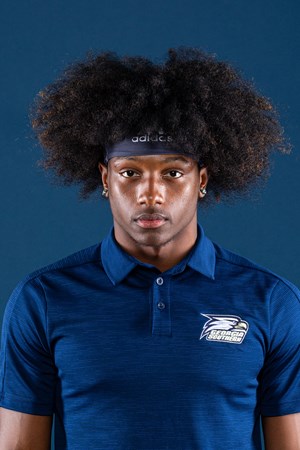 Everything seemed to be going well for Georgia Southern safety Java’n Singletary in 2020. He was getting considerable playing time due to injuries in the Eagle secondary and had shown many flashes of having high potential.

So when he entered the NCAA transfer portal on Monday, it came as a shock to many Eagle fans. Many fans were clueless as to why a player with such promise would leave the program out of nowhere.

However, for Java’n, this decision was not made without a purpose. In fact, Singletary had explored the transfer waters once before in March, but decided to stick with the Eagles.

There were two main reasons behind Singletary’s decision to leave the university and neither of them were related to football.

When talking about the reasons he is exploring a transfer, Singletary said, “ It is an amazing college and a good program, but they never had the major I wanted.”

However, the main reason he is leaving Statesboro is simply because the quaint college town has never felt like home. In addition, he once again made it clear that his decision had nothing to do with football or playing time.

As far as where his next destination could be, the door is really wide open. Most of Singletary’s offers coming out of high school were from FCS programs. However, a considerable number of lower-level FBS offers were also among the 17 total offers he held as a three-star recruit.

Singletary is a talented player and has shown that he can compete, so whatever program lures in the sophomore safety should be in for a pleasant surprise.