Eagles fall to Army in a controversial ending 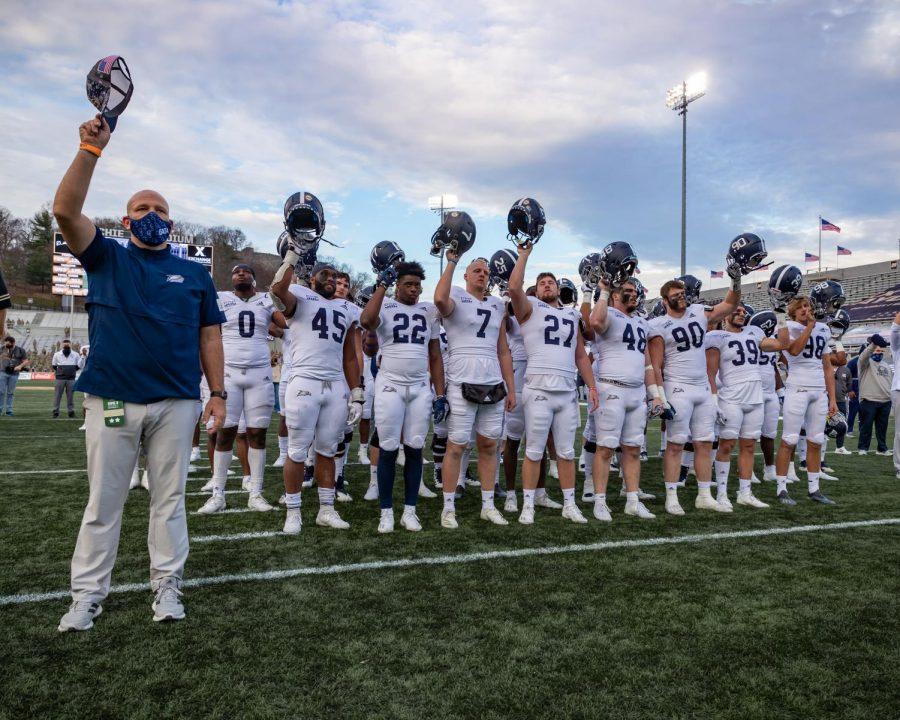 WEST POINT, NY—Chad Lunsford’s team traveled to West Point on Saturday expecting a dogfight and a dogfight is exactly what they got up until the clock hit triple zeroes.

As soon as the opening kickoff got the game underway, it was clear to everyone watching that the Georgia Southern football team had come to Michie Stadium on a mission.

On Army’s first three possessions of the game, Georgia Southern would force a punt followed by two fumbles, one of which was returned for a touchdown. This set up the Eagles jumping out to a quick 14-point lead while only gaining one offensive yard in just under 10 minutes.

Army would respond though, putting together a meticulous 15-play, eight minute long drive that would extend until early in the second quarter.

However, just over four minutes later, Georgia Southern’s offense would find the endzone for the first time and extend the lead to 14 points once again. This touchdown was courtesy of a 25-yard reception from Shai Werts to veteran tight end Cam Brown.

Neither team would score again before half, but Eagle kicker Alex Raynor missed a 28-yard field goal and the Eagle defense would force their third turnover of the day before intermission was reached.

The second half was a different story compared to what the first 30 minutes showed. Army would score a touchdown on their first two drives of the second half and quickly even the game at 21 points.

Georgia Southern would respond with a touchdown, but a blocked extra point would prove to be the Eagles’ downfall. Army followed this drive with a fourth quarter touchdown to claim a lead they would not relinquish.

However, after a wacky series of events on an Army drive, Georgia Southern would miraculously get the ball back for one final drive from their own 24-yard line with under 40 seconds left to play.

With Shai Werts out after an injury, sophomore Justin Tomlin was forced to quarterback the Eagles on their final drive. Tomlin quickly moved the Eagles to the Army 30-yard line and this is where things got interesting.

After a questionable quarterback draw play, the Eagles were forced to rush to the line in an attempt to get a spike off in time for Alex Raynor to attempt a potential game-winning field goal. However, this plan would backfire after the referees ruled that the Eagles’ spike occurred with no time on the clock. Yet, when the film is shown, there is clearly one second remaining on the clock as the ball hits the ground.