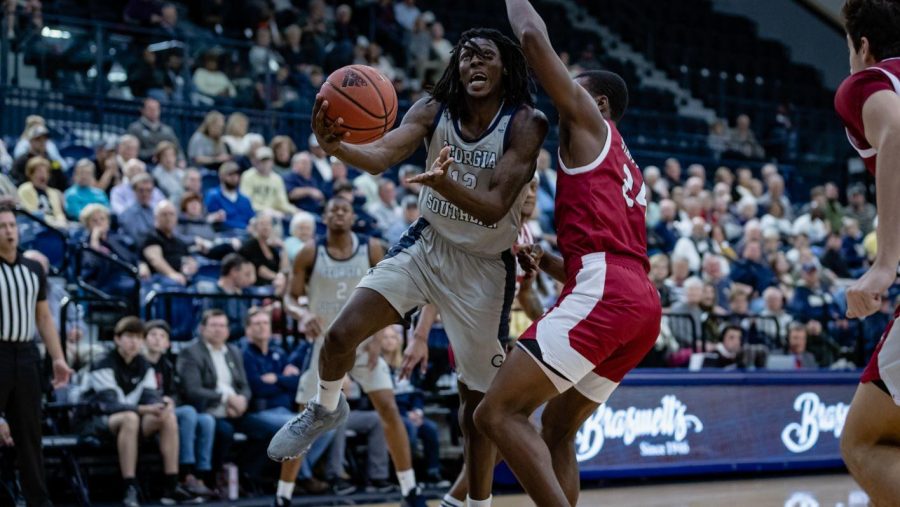 On Wednesday, Georgia Southern will tip off their 2020 basketball season against Florida National.

However, like everything in 2020, everything is different. An ongoing pandemic, a new coach, and major roster turnover are the three main challenges that the Eagles face this season.

Last time the Eagles took the court, they were just two wins away from the program’s first NCAA Tournament appearance since 1992. However, due to COVID-19, the college basketball postseason was called off.

After such success, Head Coach Mark Byington left Statesboro and a number of players transferred elsewhere. After all the dust settled, just eight players from last season remained with the Eagles.

As a result, Athletics Director Jared Benko’s first move with the Eagles would be his hire of Brian Burg to lead the basketball program.

Burg, a first-time head coach, was most recently an assistant coach for a highly successful Texas Tech team. After his hire, many critics applauded Georgia Southern for finding a “gem” in Burg.

Just a few weeks after he was hired, Burg began search the transfer portal and high school ranks for players to help form his 18-man roster.

Wednesday’s game is one of two this week for the Eagles as they are also set to face Coastal Georgia on Friday.