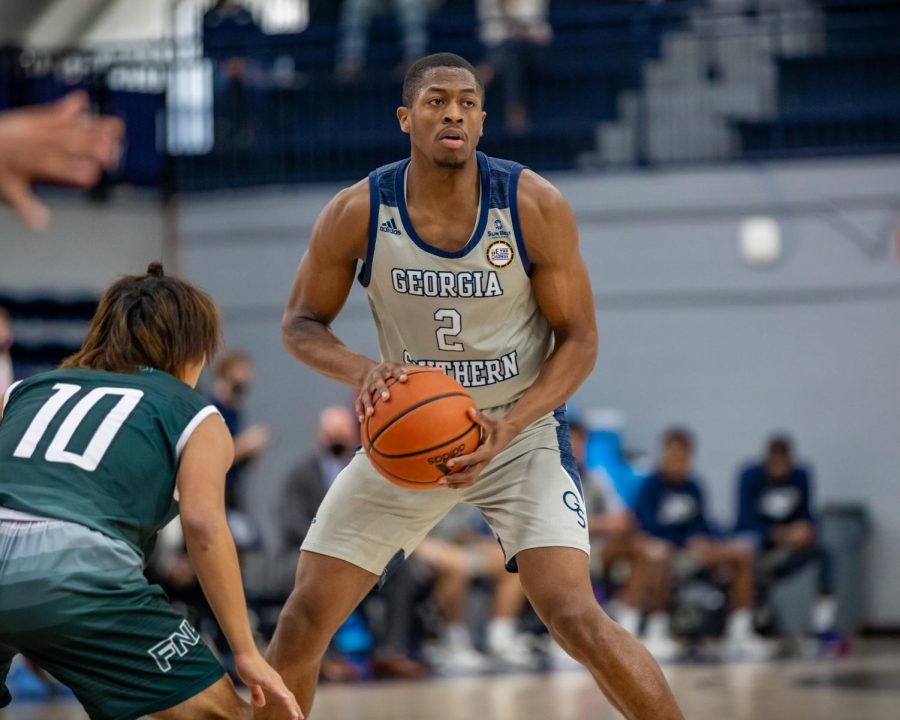 After a longer than normal offseason, Georgia Southern mens basketball made their long awaited return Wednesday with a 97-65 victory over Florida National.

After a tumultuous offseason, which included hiring a new head coach and many transfers, the Eagles were able to put together a strong performance.

The Eagles were lead by Elijah McCadden, who put up 13 points and 10 rebounds. Eric Boone, Kaden Archie, and Kamari Brown also hit the double digits mark in points.

This win is the first of the Brian Burg era at Georgia Southern and his first ever as a head coach.

When asked what was going through his mind after opening his career with a win, Burg said, “There is a lot of emotions. Anxiousness, nervousness, complete excitement, but I’m just extremely grate for the opportunity to be here at Georgia Southern and get win No. 1.”

Georgia Southern now sets their attention on Saturday’s game against Coastal Georgia. Tip-off is currently set for 4 p.m. and will be televised on ESPN+.