Women's basketball team struggles on the road at Jacksonville State 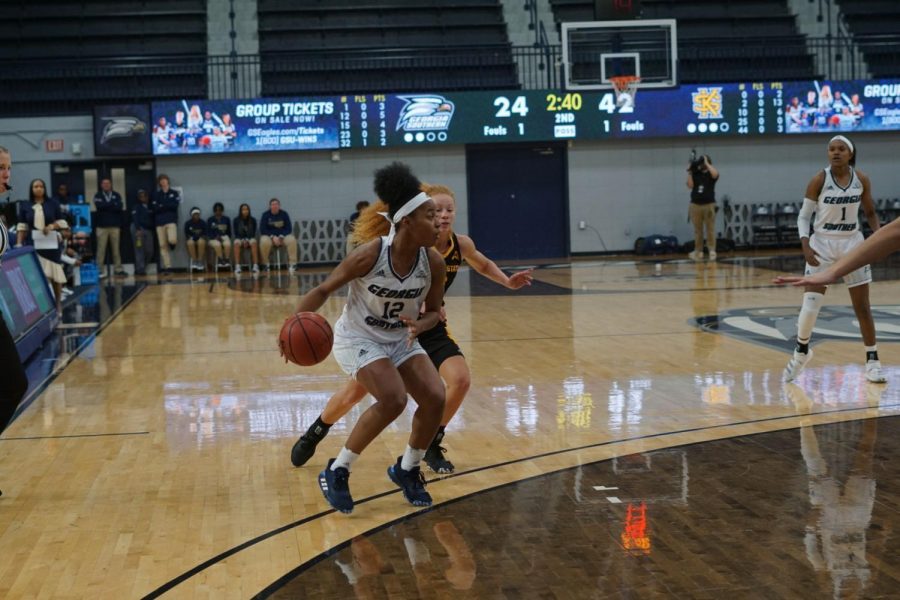 Despite a solid offensive performance, lackluster defense haunted the Eagles as they fell to Jacksonville State, 70-58.

Despite an outstanding 25 point performance from senior guard A’Tyanna Goulden, the rest of the Eagles struggled to pick up the slack.

Sophomore Shondell Vickers was dominant on the boards as she raked in 13 total rebounds. Senior Tatum Barber also had a good day with six rebounds of her own.

For Jacksonville Stare, the story of the game was the three-point line. The Gamecocks attempted 45 three-pointers and were successful on 14.

Junior Yamia Johnson led the Gamecocks in scoring with 24 points. Senior Taylor Hawks was the only other Gamecock to eclipse double digits and also managed to lead the team with five.

The Eagles will now shift their focus to Saturday’s game against Division II Augusta University. The game is set to tip-off at 2 p.m.