Preview: Women’s basketball to complete regular season on the road 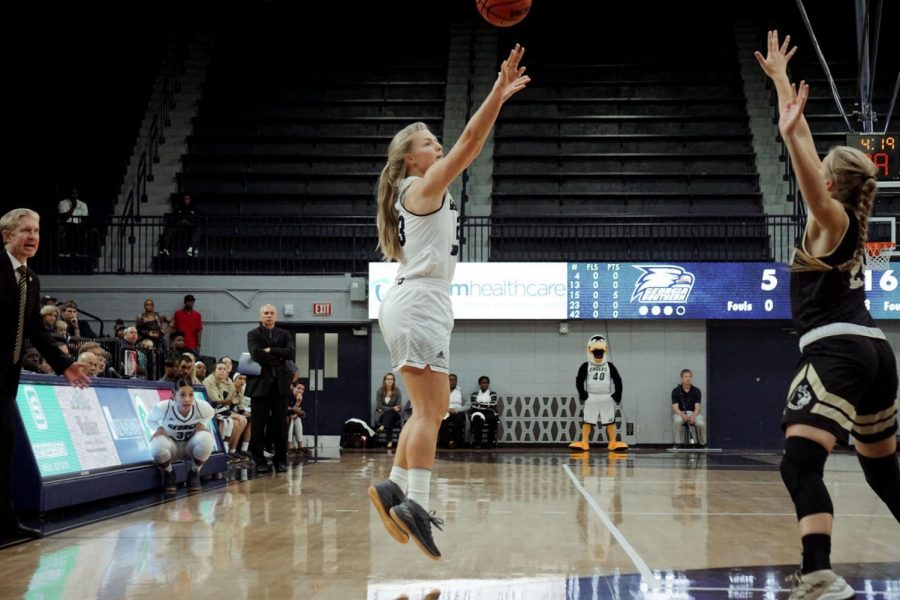 The Eagles look to conclude their season on a high note as they've recently hit a seven game losing slump while looking at their conference record of 2-15.

The Georgia Southern Eagles are set to complete their regular season and take on their in-state rivals, the Georgia State Panthers in Atlanta, Georgia on Saturday.

The Eagles now stand at 21 losses on the season, with only seven victories and with this Saturday being the last game of the season, there is one more chance to get a win.

As the losing streak climbs to seven, morale is low for GS so there will need to be a fire within them to be able to win against the Panthers.

All statistics tend to go out the door when big rivalry games take place, so with that being said, the Eagles have a chance to prove to themselves and fans that they own the state.

There are a couple players to watch this game and the first one would be junior guard Alexis Brown. Brown has been talked about many times this season because she continues to perform well each game. She has the most points on a single-season since Gwen Thomas had 533 in her 1991-92 season.

Brown is currently sitting at fourth place in three-pointers with 62 total for the season and if she makes three against the Panthers she will bump up to the second place spot. If she makes 33 points against the opponent she will crack the top ten.

Another player to watch for the Eagles is sophomore guard, Tatum Barber. Barber scored 17 points in the last game against the Arkansas State Red Wolves and played for 38 minutes total.

Barber made two free throws and also was able to rake in three three-pointers for the Eagles. She continuously proves to teammates, coaches and fans that she has drive and determination seeing as her game time has increased all season. Even though her scoring might not be the highest each game, she never wants to stop playing.

The Eagles fall to the Panthers in every statistical category, however, something always changes within the attitudes and mentalities on the court whenever these two teams play each other because they have something to prove.

The Eagles will travel to Atlanta for the match-up and tip off is set for 2 p.m. on Saturday and will air live on ESPN+.