Both teams take down non-conference opponents 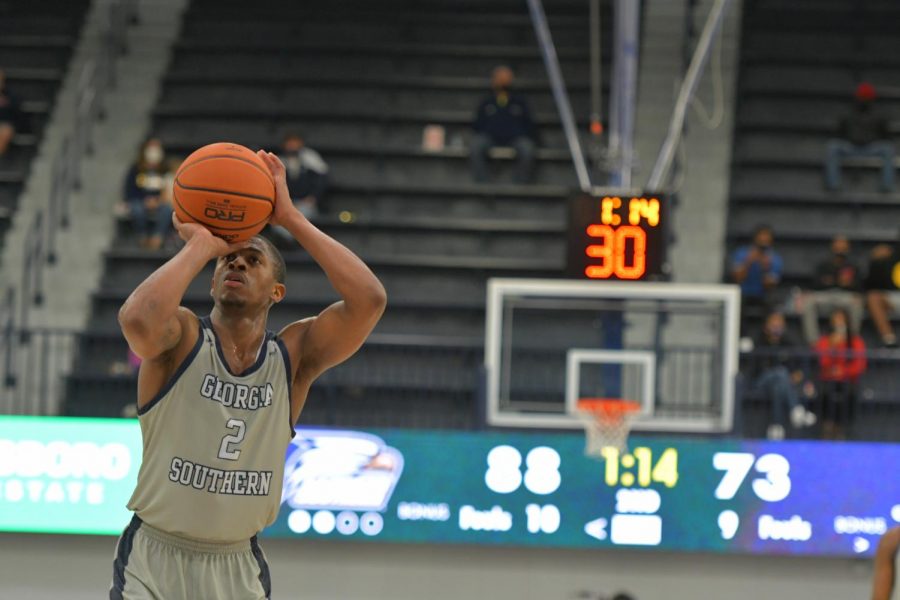 On Saturday, as the Georgia Southern football program was defeated by rival Georgia State, both the men’s and women’s basketball team were victorious in their games.

In Statesboro, the men hosted Coastal Georgia, an NAIA opponent hailing from Brunswick, GA. This proved to be a breeze for the Eagles as they moved to 2-0 after a 91-79 win over the Mariners.

The win was a total team effort, as seven players eclipsed the double digit mark. Kaden Archie and Cam Bryant led the eagles in scoring with 14 points a piece. Eric Boone came up big for the Eagles on defense with four of the team’s eight steals.

Perhaps the most valuable performance was from Andrei Savrasov as he logged 12 points, 8 rebounds, 5 assists, a block, and a steal.

The men now move their attention to next Friday’s matchup against Davidson College in North Carolina. This will be the me’s first road game of the season.

While the men battled in Hanner, the women’s team traveled north to take on Division II Augusta University. The women also breezed to a win as they took down the Jaguars 76-63.

Shondell Vickers once again proved her value for the Eagles as she accumulated 13 points and 13 rebounds. Eden Johnson and Sarah Moore also eclipsed double digits in the point category.

The women put together a defensive clinic as they snagged 12 steals, with five players with two. The defense also held the Jaguars to 4-17 from the three-point line, which is just over 23%.

The women now shift their attention to their home opener on Thursday as they host Furman.