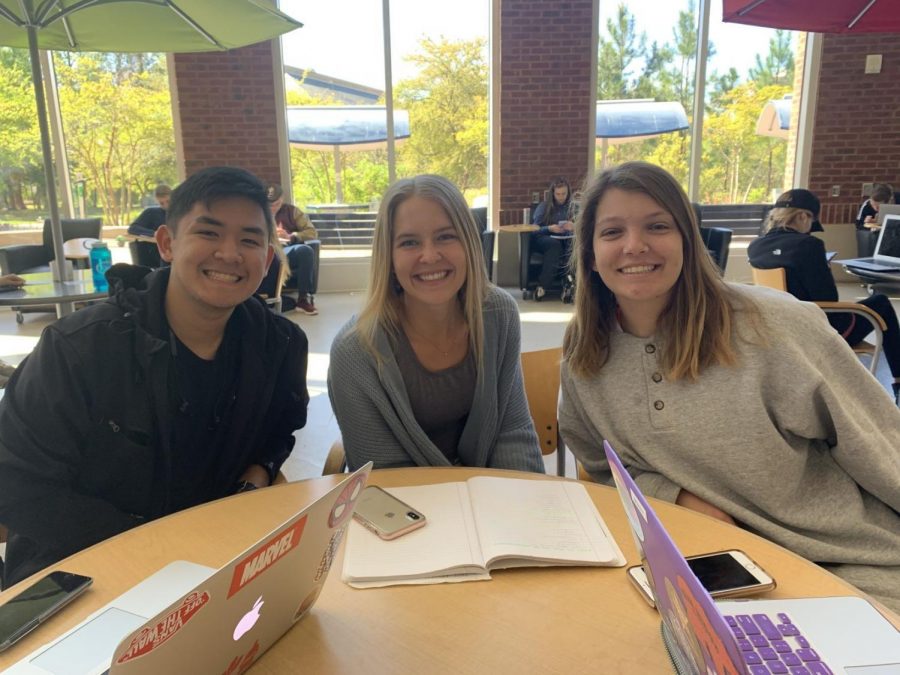 Students on Georgia Southern's Statesboro campus reacted to the announcement of a Publix grocery store being built in Statesboro. From left to right: Anthony Olivo, Stephanie Riddle, Brianna Lingerfelt

Georgia Southern students have begun to show excitement after it was announced that Publix is returning to the Statesboro area.

Darin Van Tassell, owner of Tormenta FC, confirmed on Wednesday that Statesboro is getting a new Publix, 20 years after the grocery store closed its doors.

The new store will be located on the 225-acre development surrounding Tormenta FC’s soccer stadium and The Clubhouse.

“I’m really excited for it,” junior psychology major Bryce Lesher said. “And I think it will be nice to have another grocery store that’s not as crowded as Walmart.”

Anthony Olivo, freshman recreation major, was interested in the idea of a new grocery store in Statesboro, but was more interested in its location.

“It depends if it’s closer or around Walmart whether I will go there or not,” Olivo said. “But I think it will be good.”

“I think that if their produce is better, I will definitely go,” Riddle said. “When I go to the store, the only think I buy is produce, usually, and the options here aren’t great.”

The goal is for the new development to be completed by next year, but Van Tassell is not certain if this is possible yet.