Owls travel to Statesboro for an intriguing out of conference matchup 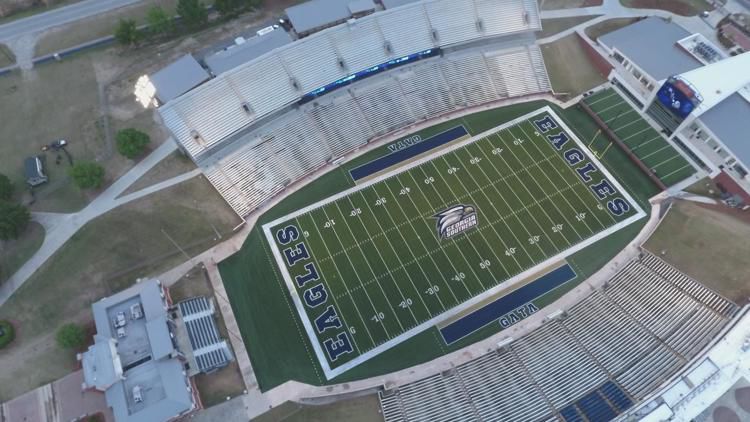 A game that was originally set to take place in September will finally occur almost three months later.

Despite Earlier COVID-19 issues within the program, Florida Atlantic has put together an impressive season. The Owls sit at 5-1, but have also had multiple games postponed and canceled.

Unlike a normal year, Florida Atlantic has found their identity on the defensive side while struggling on offense.

Normally a high octane offense, the Owls rank just 113th in total yards per game in 2020. Most of their work is done on the ground as they average nearly 200 rushing yards per game.

Junior Malcolm Davidson and Senior James Charles have proven more than capable of carrying the load on the ground. However, on Saturday they will be forced to carry even more as fellow running back BJ Emmons is out for the Owls.

For the Eagles, establishing a rushing game will likely be the difference. With Wesley Kennedy III and JD King still out, guys like Logan Wright and Gerald Green will once again be forced to pick up the slack.

Saturday’s game should end up being a low-scoring, defensive slugfest. Both teams thrive on the ground on offense and have both proven to be stout against the run while on defense.

If the Eagles want to win, establishing both sectors of the offense will prove vital.