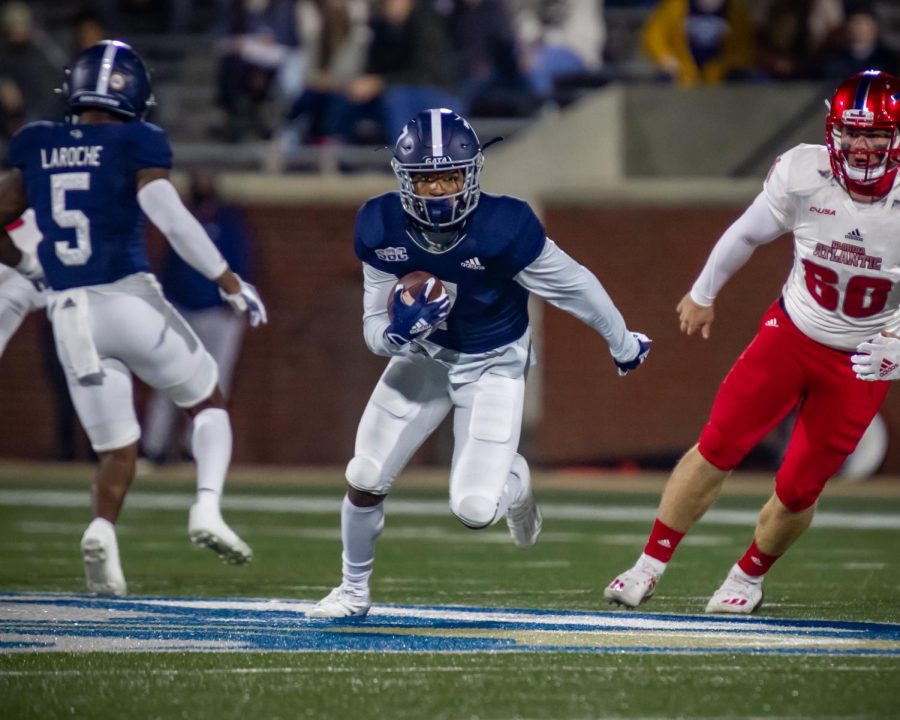 On a cold December night, the Eagles defense put together a dominant performance and took down Florida Atlantic, 20-3.

Backup quarterback Justin Tomlin was thrust into the starting role after Shai Werts aggravated a previous shoulder injury in last week’s game. This, in addition to the Eagles being down two running backs in Wesley Kennedy III and JD King, presented an unprecedented challenge for the Eagle offense.

However, despite being shorthanded, Georgia Southern found their groove on offense. The Eagles had three rushers eclipse the 50-yard mark and nearly surpassed 300 rushing yards as a team.

On defense, the Eagles were laser focused. Despite giving up over 300 yards, Scot Sloan’s defense forced four crucial turnovers that assisted in holding the Owls to just three points on Saturday. In addition to the turnovers, the Eagle defense also held Florida Atlantic to just a 20% conversion rate on third downs.

One glaring weakness for the Eagles on Saturday was the kicking game. Freshman Alex Raynor did make two of three field goals, but had one blocked in addition to another blocked field goal being called off due to a penalty.

Despite the one glaring weakness in the special teams sector, Saturday may have been Georgia Southern’s best all-around game of the 2020 season so far. The momentum of Saturday’s win should carry over nicely as the Eagles have one more regular season game and a potential bowl game remaining.

Georgia Southern will now shift their focus to next week’s rivalry game against Appalachian State. Kickoff is set for 6:00 p.m. and the game is currently set to be televised on ESPN3.