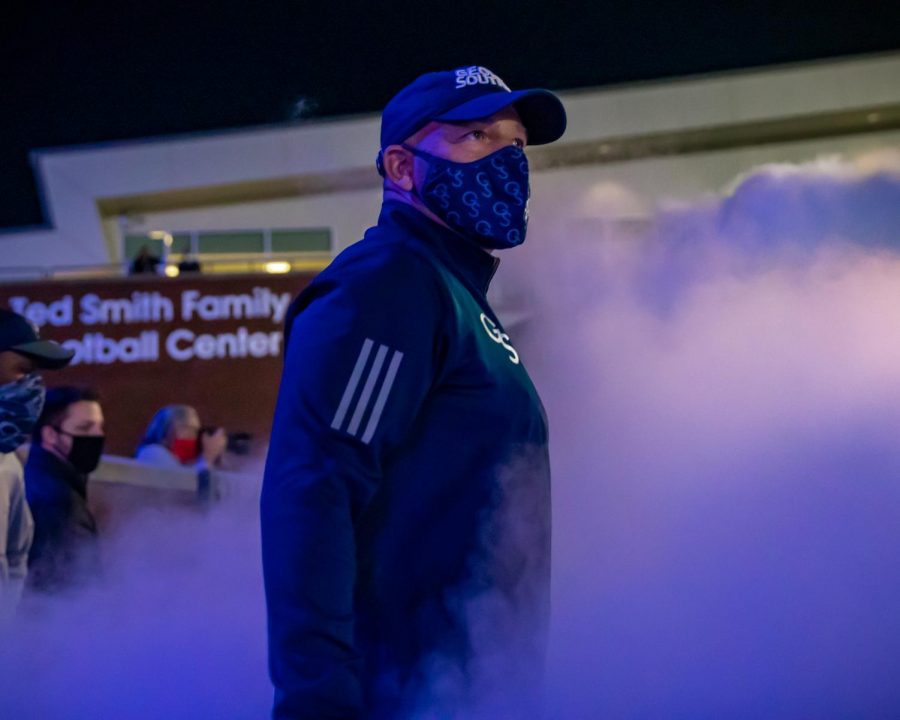 The Mountaineers enter this week’s game with a record of 7-3, but are on the heels of a brutal loss to Louisiana.

Despite the loss, the Mountaineers have consistently performed extremely well. Their three losses are two currently ranked teams (Coastal Carolina and Louisiana) and Marshall, who was ranked until last week.

On offense, the Mountaineers are led by veteran quarterback Zac Thomas. However, the running back room consisting of Camerun Peoples, Daetrich Harrington, Marcus Williams Jr., and Nate Noel has proven to be one of the deepest in America.

The Mountaineers average more than 250 rushing yards per game, good enough for eighth in the country. They have struggled through the air, but still average nearly 200 passing yards per game.

This combination of an outstanding rushing game and a competent passing attack has catapulted the Mountaineer offense to immense success.

On defense, defensive end Demetrius Taylor has established himself as one of the most disruptive linemen in America. Despite Taylor’s success, the defense has shown some weaknesses against the ground game.

For the Eagles, the offense will once again be without Wesley Kennedy III, JD King, and starting quarterback Shai Werts. On the bright side, the young running backs and Justin Tomlin have shown that they can handily beat a talented team.

On defense, the Eagles will once again be forced to stop a potent rushing attack. Thankfully, stopping the ground game has been a strength of Scot Sloan’s defense this season.

On the back end, limiting the two talented Mountaineer wide receivers will be the difference for the Eagles. If the Appalachian State passing game can be limited, Saturday’s game will become a much more winnable one for Georgia Southern.

As the defense continues to play at an elite, the offense finally seems to be taking a step in the right direction. The Eagles have a considerable amount of momentum after knocking off Florida Atlantic and will look to close out the regular season with another home victory.