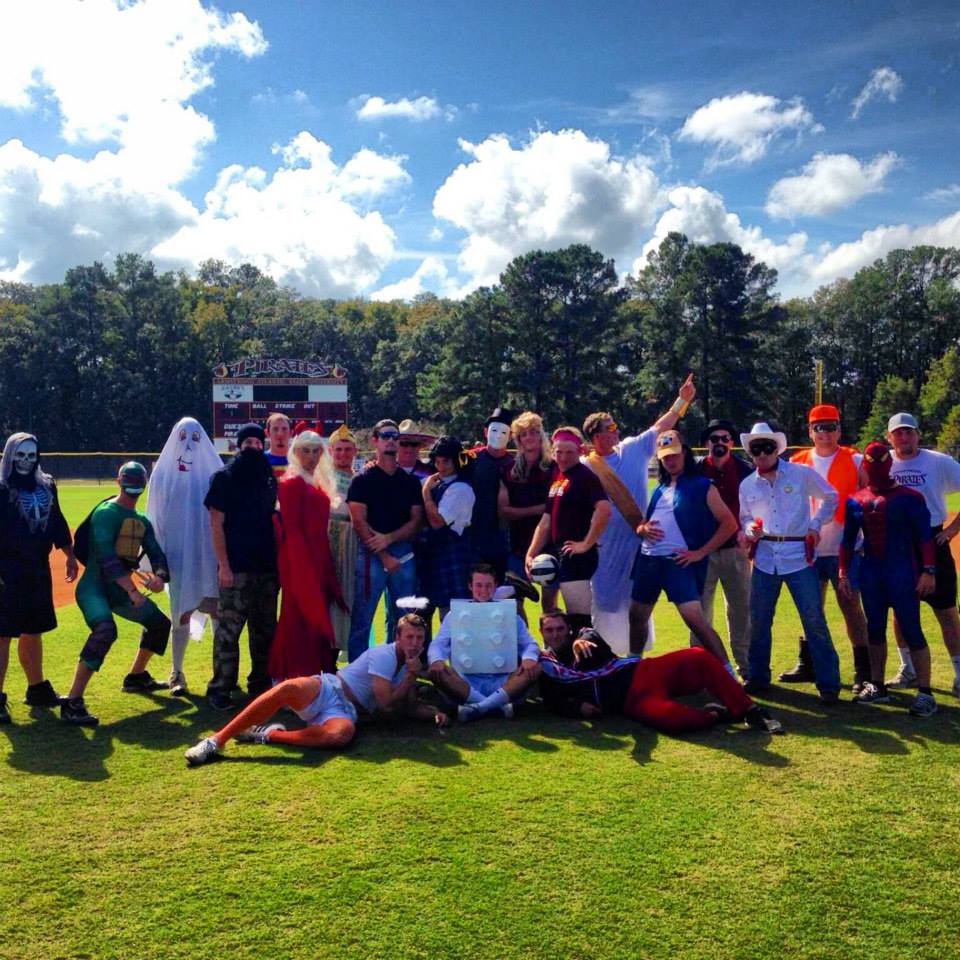 For my first 21 years, I only knew one life. That was life in Petaluma, Calif. I grew up in Petaluma – though my house has been in Penngrove, which is right outside of Petaluma since I was three years old – I went to Petaluma High School, and spent the first two years of college at Santa Rosa Junior College, only 20 minutes away from my house.

After the end of my sophomore season at SRJC, I had no idea where I would wind up playing baseball and continuing my education next. I broke my hand trying to turn a single into a double with seven games left, so that certainly didn’t help my recruitment. Despite my injury, I began seriously talking to schools in California, Oregon, North Carolina, New York, Texas and Rhode Island.

In late June of 2012 I believed I was going to a school in North Carolina to find out that I would not be able to on the day I was signing with that school. Three days later, Joe Roberts, the former Armstrong baseball coach who retired after breaking the career wins record for Division II baseball last season, called to recruit me. The call was at 10:30 p.m. in California, which is 1:30 a.m. here in Savannah, and I still have no idea what Coach Roberts was doing awake, but he told me about the winning traditions here at Armstrong and offered me a scholarship I would be dumb to refuse.

Initially, I was almost dumb enough to refuse the offer, because I never thought that I would be in Georgia. This California kid had never journeyed down to the South before. OK, I lied – I had played baseball at a national tournament in Sarasota, Fla., when I was 14 years old, but I’m not counting that. I had never experienced Southern people, food, baseball, weather and much more of what I have experienced now.

To be completely honest, I was pretty scared, nervous and excited to come out to Savannah, Ga. All I really knew was Armstrong had a good baseball team and the coach believed I could help us win, the city had a lot of history, Paula Dean is from here and I guessed there would be some damn good fried food here. When I landed at the Savannah-Hilton Head Airport, it was pouring and the next day the weather was hot and humid. That was my first encounter with the most random weather I have ever experienced and probably ever will experience and my first account of humidity. That’s right, there’s no humidity where I’m from, and it’s glorious.

A big initiation to Savannah was in the batting cage. I remember I was hitting with Casey Maloney, when I kept feeling like something was biting my legs, and I was getting itchy without seeing anything. Those damn sand gnats. That’s when I learned about the sand gnats and they have never left our field, especially this year when we might have broke the record for the most times tarping the field.

Then, I witnessed the weather that I had never seen back home. Yes, the Savannah weather is ridiculously random and it can go from pouring to beautiful in one day, which I will never understand, but what I am talking about is the tornado warning.

Around 5:30 a.m. an automated call from the school was sent out to give a tornado warning, and I thought it would be no big deal, but I certainly couldn’t sleep after that. About a half-hour later, this loud siren goes off for a tornado, and I jump from my bed with shit about to run down my legs. Right away I tried banging on my roommate’s door, because he was from Georgia, but he did not wake up, so I sat in bed with my heart about to rip out of my chest until the school called again. Welcome to the South, Mr. California.

What I really came here for was the baseball, school and people. I knew that the school had a newspaper and I asked if I could write a sports column and I have ever since. Now, I have written this sports column – though it wasn’t properly named Johnson’s Jock Talk until this year – since the beginning of my junior year and I became the sports editor at the beginning of my senior year. Although I wasn’t able to be in the office as much as everyone else because of baseball, I’ve been able to work with some pretty awesome people here at the Inkwell. That’s right, pat yourself on the back now.

One of the most valuable experiences that I have had in Savannah is that I have gained an education on life without stepping one foot inside a classroom. I do go to class though, and have learned plenty of valuable lessons in there too so I promise, I’m not some jock from Blue Mountain State.

Last year, I helped contribute to the baseball team without having the individual season that I had  hoped for. More importantly, our team made the Peach Belt Conference tournament and the NCAA Southeast Regional tournament.

This year, thanks to my coaches and teammates, I have been able to help contribute more, our team has clinched a birth in the PBC tournament and we are battling to continue this season as long as possible.

The greatest part that I will take home with me from Savannah are the memories with friends on and off the field.

Did I ever expect to go to school and play baseball in Savannah for two years? No. Am I grateful that I did? Absolutely. I experienced Savannah on Halloween and St. Patrick’s Day with stories that I will always remember and cannot say in this column, I have made hilarious memories with some crazy teammates that I also cannot share here, and I have had ups and downs that taught me lessons and gave me memories on the baseball field. Most importantly, I made lifelong friends that I would have never met if I didn’t become a Pirate here at Armstrong, and I thank each and every one of you guys.

You may come from somewhere different, have different views on many different things, but can still make amazing friends that will be invited to your wedding. That is the best lesson that I have learned.