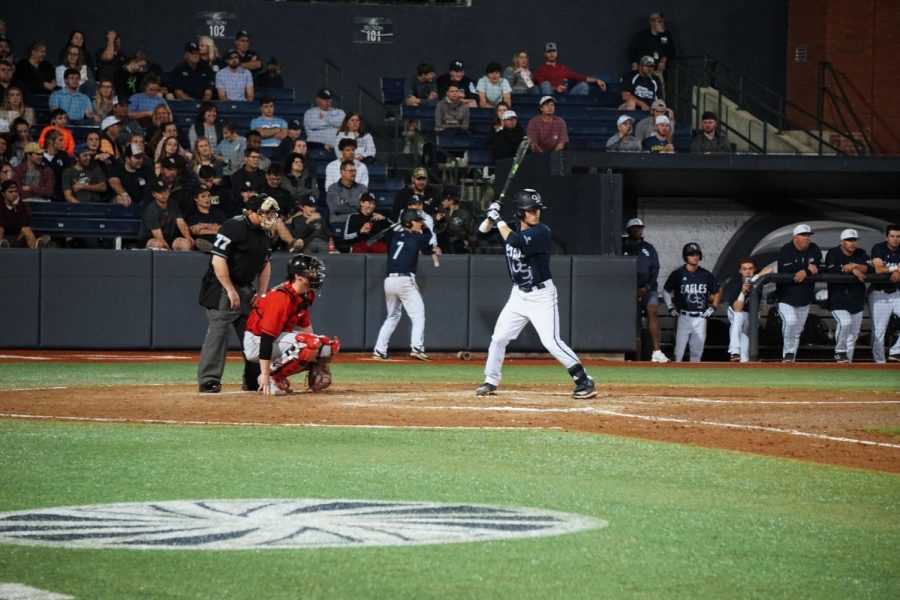 The Georgia Southern baseball team is currently looking at a two game win streak while holding an overall record of 13-11 and a conference record of 4-2.

GS sits at 13-11 on the season after winning their last two games, and look to improve their 4-2 SBC record against a bad Warhawks squad.

ULM comes into the series with a two-game winning streak much like GS, but at 0-6 in conference and 9-16 overall has produced a season that fans aren’t happy about. ULM faced Coastal Carolina and Texas State to start their conference schedule off, getting swept by both, and looks to avoid the same fate from a GS squad that has shown flashes of brilliance early.

On the mound the Eagles send out what has been their slated weekend pitchers all weekend, the trio of junior RHP Seth Shuman, freshman LHP, Braden Hays and redshirt-senior RHP Daniel Collins, who have combined for 87 strike outs in 84.1 innings pitched this season, including 49 from the righty Shuman.

Offensively GS looks to replicate the magic they found in Macon, where they hit three home runs in the 7-3 victory, including one from freshman infielder Noah Ledford, who leads the team with five home runs this season. After a slow start to the season at the plate, junior second baseman Steven Curry and junior outfielder Mason McWhorter have been strongholds in the lineup, with Curry hitting .353 with 17 runs batted in, and McWhorter with a .293 batting average with three home runs and 16 RBIs.

A series sweep of the Warhawks would put the Eagles at 7-2 in conference with a prime position to finish on the top of their league.

The three-game series from Monroe, Louisiana gets underway Friday at 7 p.m., followed by day games on Saturday and Sunday, with the first pitches scheduled for 3 p.m. and 2 p.m., respectively.