Robin Williams: Gone, but not forgotten 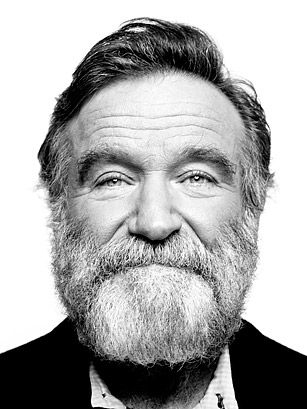 It’s a sad irony that many comedians don’t experience the same joy they bring to their audiences. Comedy can be an outlet for the demons they face, from mental illness to addiction and anything in between. It can be startling to see someone who makes jokes for a living admit that they are not always happy.

That’s why Robin Williams’ death should serve as a reminder that you can’t always spot a person with depression.

Robin’s career was so extensive and celebrated that he was essentially a household name for kids and adults alike. According to his obituary in the New York Times, he had been addicted to alcohol and cocaine since the 1970s, yet he put forth a jolly, dad-like character in all his appearances. He was only 63 when he committed suicide. It was later revealed that he’d been struggling with extreme depression.

Depression can be a silent killer because most people who suffer from it don’t seek out support networks. Rather, they often become isolated from their family and friends, choosing to deal with it on their own. Depression has many different forms – chronic, manic (also known as bipolar disorder), postpartum, and even seasonal. And the warning signs can be hard to spot, which lowers the chance of the person receiving help before considering suicide as an option.

Suicide isn’t necessarily the endgame of depression, but for many it seems like the only way out. WebMD writes that warning signs of suicide can include “making comments about being hopeless or worthless,” “always talking or thinking about death,” “losing interest in things one used to care about,” and “a sudden, unexpected switch from being very sad to being very calm or appearing to be happy.”

These warning signs can be difficult to spot, and the ongoing stigmatization of people with mental illnesses in America has no doubt led more and more people to hide their feelings in fear of being seen as crazy or unstable. But at the same time that mental disorders are looked down upon, they are also seen as an everyday occurrence. How many times have you heard a neat freak say, “Oh, I’m so OCD,” or a person going through a hard time say, “I’m just so depressed?” Mental illness goes much deeper than many of us realize, making it harder for those who struggle with them to relate to us – and vice versa.

After Robin died, many took to social media to say how much they loved him and his work, wishing that he wouldn’t have died so soon. Did Robin know he was so adored, and if so, would that have helped him decide not to choose suicide? Maybe, maybe not. Some people take comfort in knowing that they have someone who cares deeply about them, and some don’t. In Robin’s case, he knew he had a support system in his wife and three children. But ultimately, that didn’t matter. It’s hard for us to come to any universal decisions about depression or suicide. There’s no neat solution, because mental illness affects everyone differently. We could infer that Robin was depressed about having Parkinson’s based on reports that he was in early stage of the disease, but that isn’t necessarily true. Only Robin knew why.

If you take anything from Robin Williams’ death, let it be the fact that depression is often difficult to spot and treat, but it’s not impossible. Take a second to familiarize yourself with some signs of depression and keep an eye on your friends and loved ones. If anyone you know seems to be struggling with depression, listen to them and let them know you’re there for them. And know that the National Suicide Hotline is 1-800-273-8255. You’re never alone.