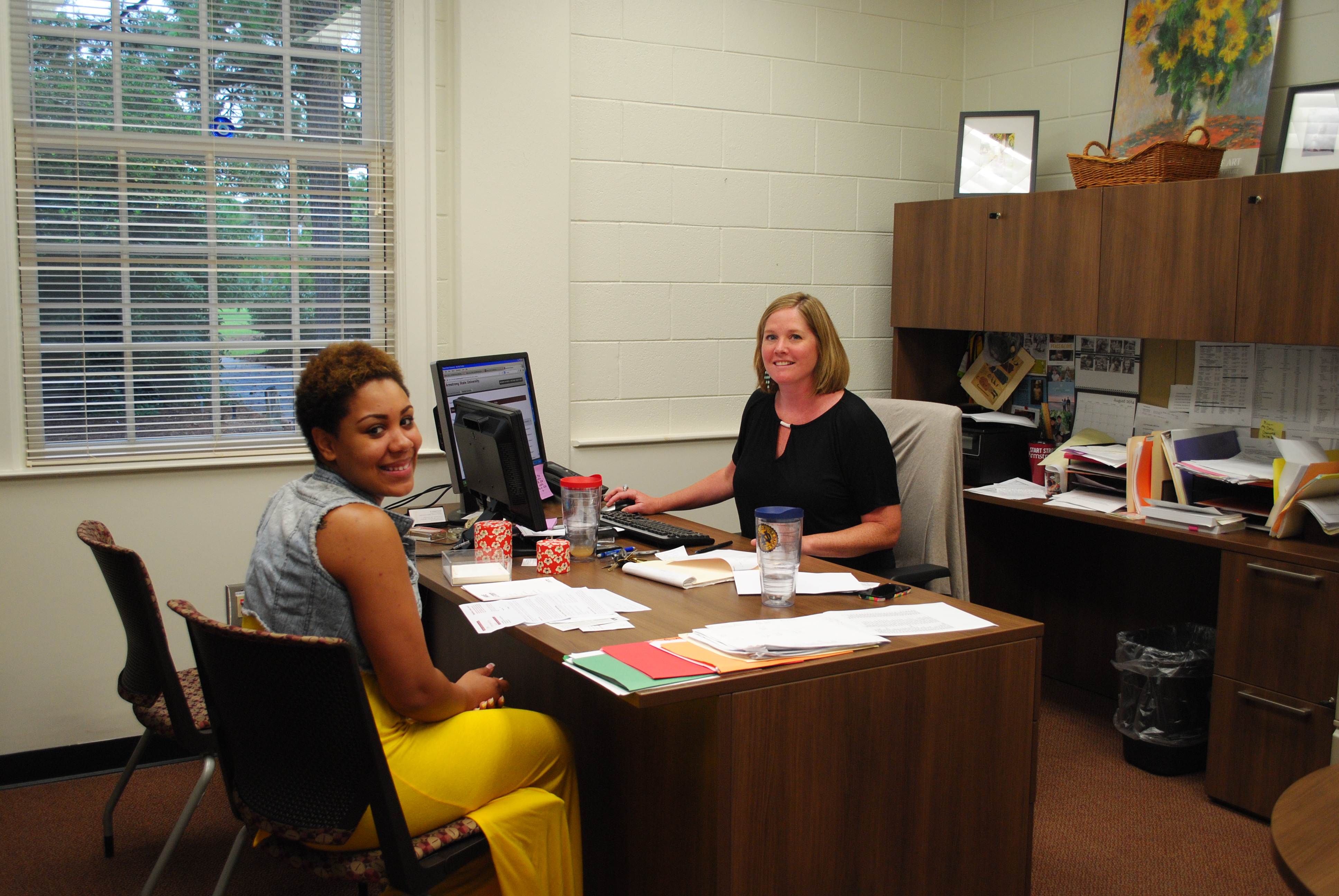 The Department of Language, Literature and Philosophy has a new head, but she’s not a new face. Professor Beth Howells is now the Interim Department Head of the Liberal Arts at Armstrong State University. She is replacing David Wheeler, who held the position for nine years and has moved into the Dean’s position.

Howells, formerly a professor in the English department, served as the Director of Composition on campus.

“I agreed to do it for a year,” says Howells. “Next year we’ll be running a national search for a permanent head. So there’s a lot of change afoot.”

Howells is excited for the new opportunity. “I really enjoy getting to see a new side of things and learning new skills,” she says.

The biggest department on campus is the LLP, so there are a lot of things to sort out in addition to the search. The majority of courses are full, and one of Howell’s first initiatives is to make room for everybody.

Another goal Howells has for the year is to orientate the new faculty. The English department has two new writing teachers—Dr. William Belford and Dr. Elissa Zellinger—and a new tenured faculty member who will serve as an assistant professor of Spanish— Dr. Nancy Tille-Victorica.

“Another thing I want us to work on is gathering the stories of what our graduates are up to. I love hearing what they’re doing. I want us to keep a directory of what our alumni are doing. And I want to focus on how we’re mentoring our junior faculty.”

However, Howells biggest job as temporary department head is to find a permanent replacement.

“We run national searches,” says Howells. “We have hundreds of applicants. It takes a lot of work, and my job is to coordinate them. We’re going to run at least three national searches, and then narrow the applicants down to twelve each. And finally invite three or four to campus.”

The new position will mean less time in the classroom for Professor Howells. She won’t be teaching as much, but she will still have a couple of classes.