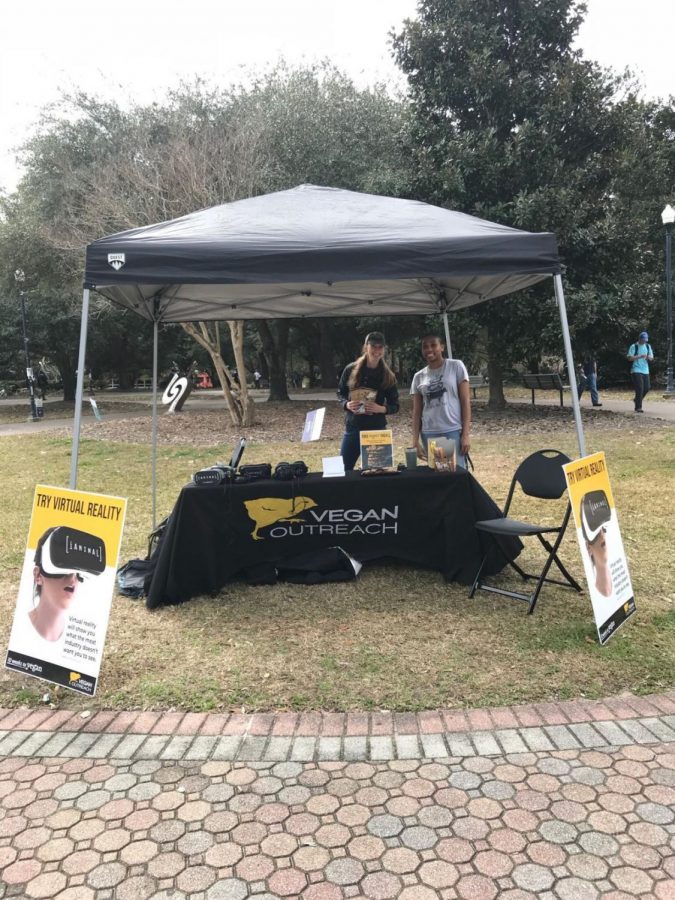 Nicole Baar, senior political science and Spanish major, started the club in the fall of 2018.

The club’s mission is to promote the advantages of a vegetarian or vegan diet such as its impact on animal health, human health and planet health.

Angelique Jennings, senior anthropology major and current club president, hopes to bring activities such as volunteering at animal shelters, a Q&A panel with a vegan, grocery tours around Statesboro and raising money for animal rights groups to the club in the near feature.

Membership is open at all times to anyone and club activities include potlucks, discussions on veganism and vegetarianism, learning how to become vegan or vegetarian and volunteering with animal rights groups on campus.