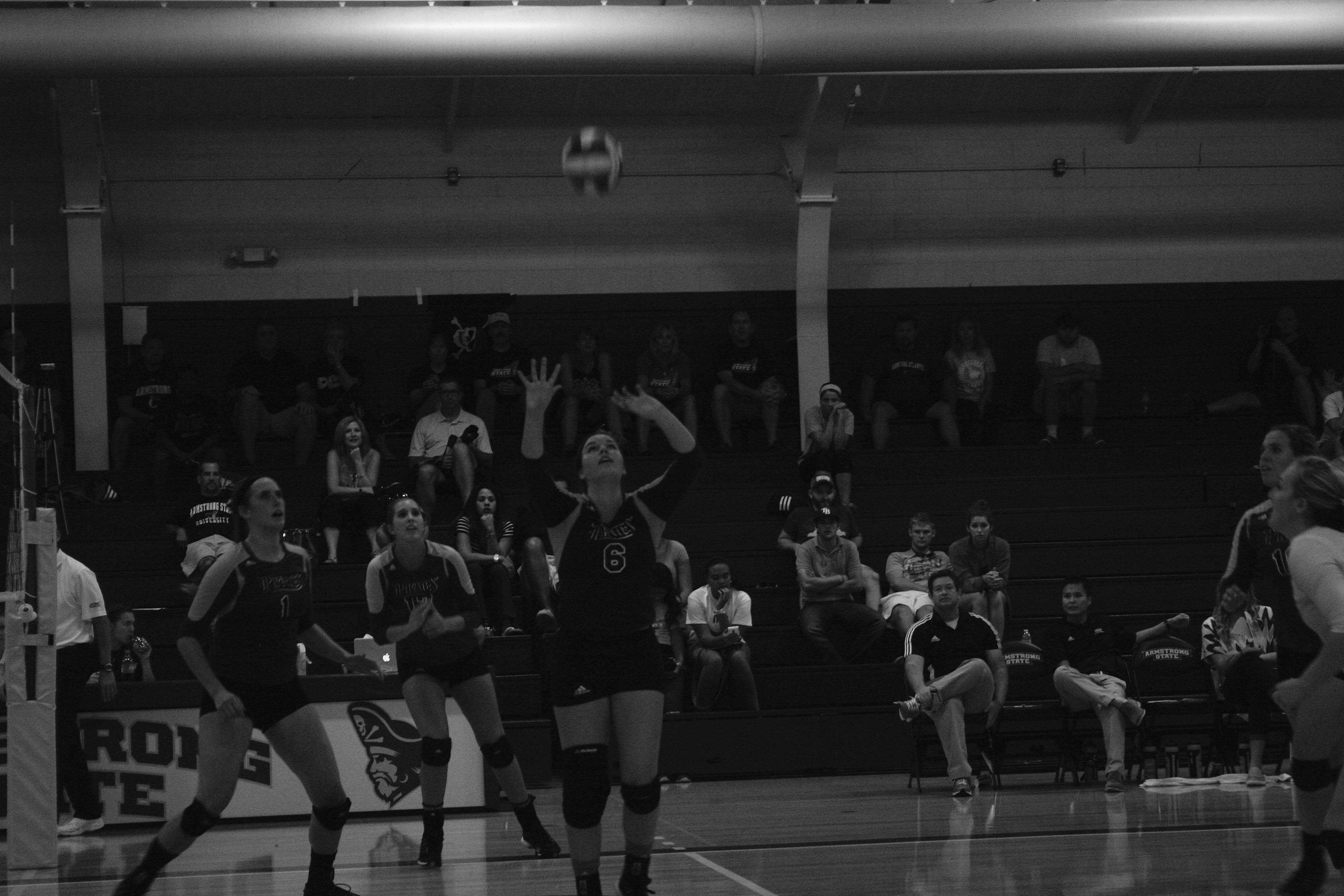 The newly No. 16 Armstrong volleyball team traveled to Montevallo, Alabama to face the Falcons on Friday, Oct. 24. The Pirates swept the Falcons in a 3-0 victory with set scores of 25-17, 26-24, and 25-22. This victory stretched the Pirates current regular season winning streak in the Peach Belt to 40 matches, and the Pirates have now clenched 20 or more wins in seven straight seasons and 15 of the last 16 seasons. The Pirates also ended Montevallo’s three game winning streak.

Sophomore Anna McGee said, “We knew coming into this weekend that we would have to be mentally and physically tough. It was our longest traveling weekend and we needed to be able to get off of the bus and be ready to play.”

The Cougars took the first set and had set point in the second set, but an attack error, kill from senior Taylor Permenter, and service ace from sophomore Kim Brody notched a Pirate set win at 29-27. Armstrong easily took the third set, hitting .375, but the Cougars battled back and took the fourth set. The Pirates began the fifth set strong by firing off six straight points on the set of Sherman and took the final set with a 15-1 victory.

“Columbus State gave us a hard time, but we were thankful for a little competition. They came out strong, but I don’t think we ever doubted our ability to come out on top” McGee said.

Wylie led the Pirates offensively with 21 kills. Sfara added 20 kills and 14 digs of her own and Thompson added 13 kills and five blocks while Sherman tallied 39 assists, and Hill notched a career-high of 35 digs.

The Pirates host UNC Pembroke on Wednesday, October 30 with a chance to clinch the PBC title at 3 p.m.