Miracle at GSU raises over $14,000 for Children’s Hospital of Georgia 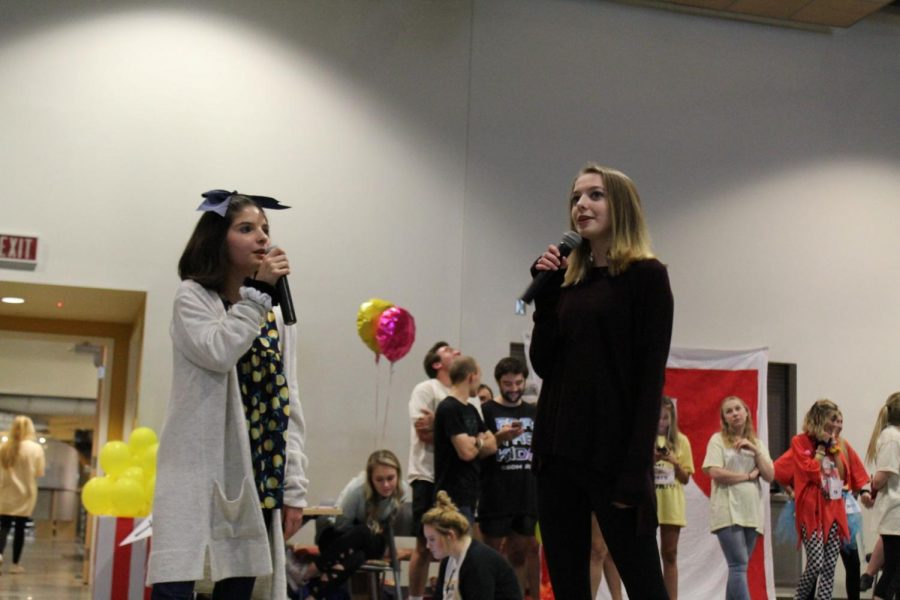 Anna Grace Tully (right) sings Wicked's 'Popular' with her sister. Tully was able to experience touch for the first time in her life after Children's Hospital repaired her tethered spinal cord.

Miracle at GSU’s second annual Dance Marathon earned $14,005 for the Children’s Hospital of Georgia on March 8.

Universities around the nation participate in the dance marathons to raise money for the Children’s Hospital. Usually their earnings rank in the thousands thanks to push notifications in which participants reach out to friends, family, and other organizations for donations.

“This has been the most amazing experience,” said . “It’s been so humbling to raise $14,000 for the second year in a row. It’s been absolutely amazing.”

Miracle at GSU invited three of the CHOG patients to share their stories.

One of those children was 15-year-old Anna Grace Tully, who thanks to CHOG was able to experience human touch for the first time in her life.

Tully was born with a tethered spinal cord that was ultimately pulling her brain out of her skull. She was never able to feel the softness of surfaces or even water hitting her when she took a shower.

However, Tully never knew she had this issue until she fainted at an event and was diagnosed at CHOG. After she underwent the surgery that fixed her condition, Tully was over come with the sensation of touch for the first time in her life.

“She was so snugly,” Crystal Tully, Anna Grace’s mother, said. “Anyone who knew Anna pre-surgery knew this child did not like to be touched.”

Today, Tully’s condition has rendered her stomach paralyzed and she has to eat with a gastric tube. However, Tully says that with time she’ll be able to eat solid food.