Jazz gets funky at Armstrong 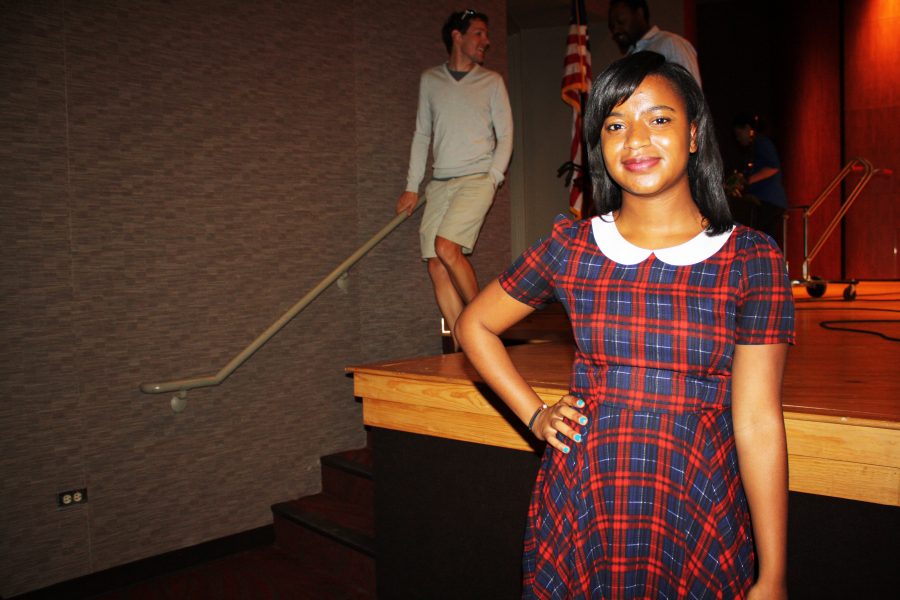 The Fine Arts auditorium was filled with the Armstrong Jazz Ensemble’s sounds of trumpets, piano, drums and saxophones on Nov. 11. Director Randall Reese led a show full of historical facts and bits of information about each song the ensemble performed, as well as a pause to appreciate all of the veterans on Veteran’s Day.

The pieces performed by the ensemble were diverse and kept the show intriguing. One minute they played “Wind Machine”, which was fast-paced and happy, then they moved on to more serious, almost somber melodies.

During “Someone to Watch Over Me”, guest singer Britta Sterling blew the audience away with the only song that included vocals of the whole night. Professor Stephen Primatic also stepped in during “Cochabamba” with vibes, assisting the ensemble during their most fascinating song performance.  The mood changed throughout the night as the audience was taken from upbeat Be-Bop tunes back to constrained, emotional pieces.

Throughout the performance, each student got a chance to shine. Each song featured a different combination of musicians in the spotlight. Wendy Williamson, mother of drummer Reid Williamson, said that the Latin number “Cochabamba” was her favorite song that night because it required the most preparation from the musicians, and because it is such a different style from what they normally play.

Pianist Tamarra Daguisan’s favorite piece was “Moanin.” According to Director Randall Reese, this piece is a favorite to play for most of the musicians in the ensemble. Daguisan also said that “Don’t Get Sassy” made her the most nervous to perform.

“My favorite song was ‘God Bless the Child’ and I really enjoyed ShaQuan Hayes being featured on the sax during that song,” said audience member Jonathan Mullins.

Reese and all of the musicians that performed on Tuesday gave the audience a memorable show that was funky, serious, and still fun all together – proving that jazz is a music style to have fun and play with, all while showcasing the talents of Armstrong’s musicians.