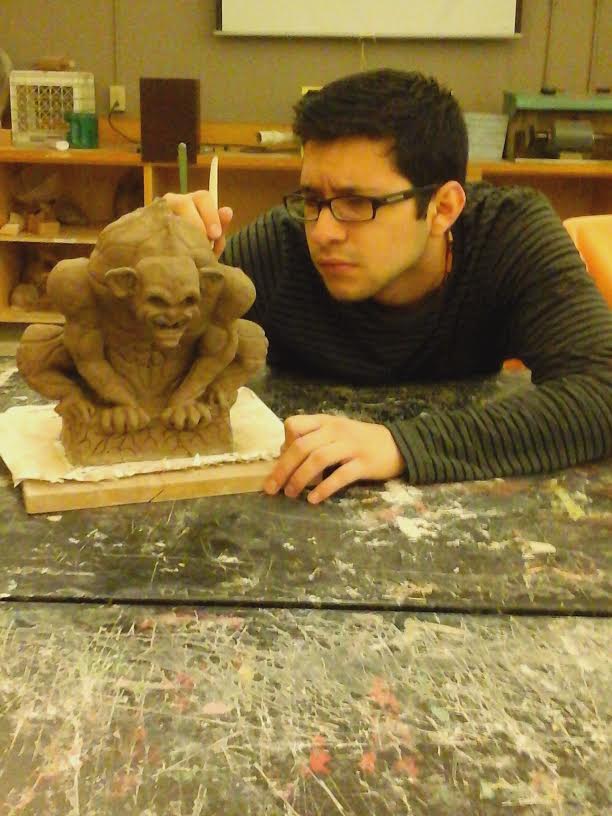 Thousands of students attend Armstrong, each with their own unique personality and character traits. We are a melting pot of people from all walks of life, coming together to study the things that interest us.

Julian Avila is just one of those thousands, your typical sophomore on the outside. However, under the surface, there is much more to his story.

A native of Colombia, Julian moved to America when he was 16 years old. He decided to start his academic career at Armstrong on recommendation from his high school counselor because of the impeccable Biology program and the involvement of the Hispanic & Outreach Learning at Armstrong (HOLA). Armstrong’s proximity to the beach may have also played a little role in the decision.

However, after two years of college under his belt, Julian decided that maybe the Biology, pre-veterinarian track was not for him. “Biology has always been something I’ve found really interesting, and combined with veterinary medicine, I thought I could make profit out of it,” said Avila. “But, I realized that even though I like science, I just couldn’t continue because I wasn’t feeling that excitement, that passion for biology I’ve seen in other people.”

After coming to this realization Julian decided to change his major and follow his true passion: art.

Some students choose a major solely based on the job opportunities and how much money they will make once they graduate college. They play it safe, choosing the option that seems most convenient.

Julian was even a little apprehensive about the artistic career path at first. “The idea about majoring in art crossed my mind even before college, but back then I thought I wouldn’t have a future with such degree and that I would the stereotypical starving artist,” he said. “But after thinking about it and realizing that Savannah is a mecca for artists, I just said to myself, ‘I am going to do what I am passionate about.’”

Although the switch to art sounds like the easier route academically, Julian is quick to state that this is anything but true. “People think art is an easy major, it is not an easy major. Art classes are long, two hours and twenty minutes normally. They are time consuming; literally your day is gone with only three art classes on the same day. You get homework almost every day of class plus big projects that require work, effort, time, and dedication. Working on a project could be as stressful as studying for a physics test,” said Julian.

It is that passion that guides Julian through his new major, one that he is still exploring. Having originally thought he would find a career in graphic design, classes at Armstrong have swayed him slightly. “I am more interested in illustration or ceramics than in graphic design. But I would like to illustrate for textbook editorials or create pieces as an independent artist. Designing furniture has always been a thought, as well,” he said.

Exploring your options is what college is all about. Finding that thing in life that you feel passionate about, the thing that is going to make you want to get up in the morning, is the mentality that more students need to adopt.

When asked what the best piece of advice Julian has ever been given he says, “Follow your dreams, don’t let anybody discourage you. Dream it, enforce it, live it, and feel it.”