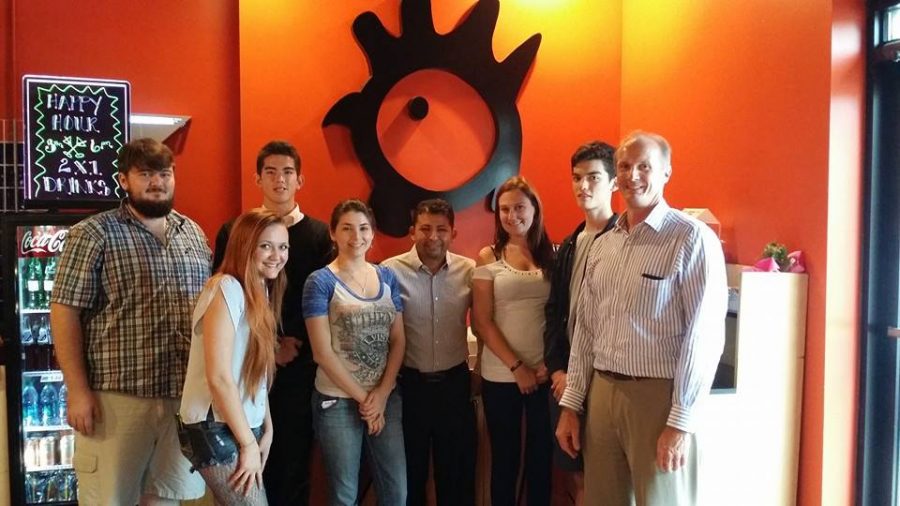 Armstrong graduates and owners of Latin Chicks restaurant, Mary Githens and Martin Ruiz, had a sit down discussion with Armstrong’s Economics Club on Nov. 13. Club members gained advice on starting a business and were given the opportunity to ask questions.

Latin Chicks first opened Sept. 1, 2009. Mary Githens and Martin Ruiz wanted to bring a kick of Latin American cuisine to the south. The owners shared with the club how to transition from Armstrong to the real world.

“Starting my own business was very rewarding,” Ruiz said.

When the first of the restaurants opened in Oglethorpe Mall, the concept was to introduce something new to Savannah.

Martin and Mary emphasized that it is very important to always want to continue to learn. They also advised to plan for both short term and long term and discussed branding a business.

Ruiz and Githens warned that the restaurant industry is the hardest to get into because it is very competitive.

“You have to have a product that helps you stand out,” said Githens.  Their menu has a variety of influences from various countries: Puerto Rico, Brazil, Peru and the Caribbean.

You can either order to-go, dine in, or have a great time at their bar.

Latin Chicks has a location in Oglethorpe Mall off of Abercorn Street and one on Waters Avenue. The owners shared with the club that the plan is to open many more locations throughout the East Coast. They eventually want to become worldwide.

It’s a growing club and both the President and Vice President are passionate about their organization and major. The club has a variety of students that plan on doing great things in the business world like the owners of Latin Chicks.