Albion’s Voice is heard once again 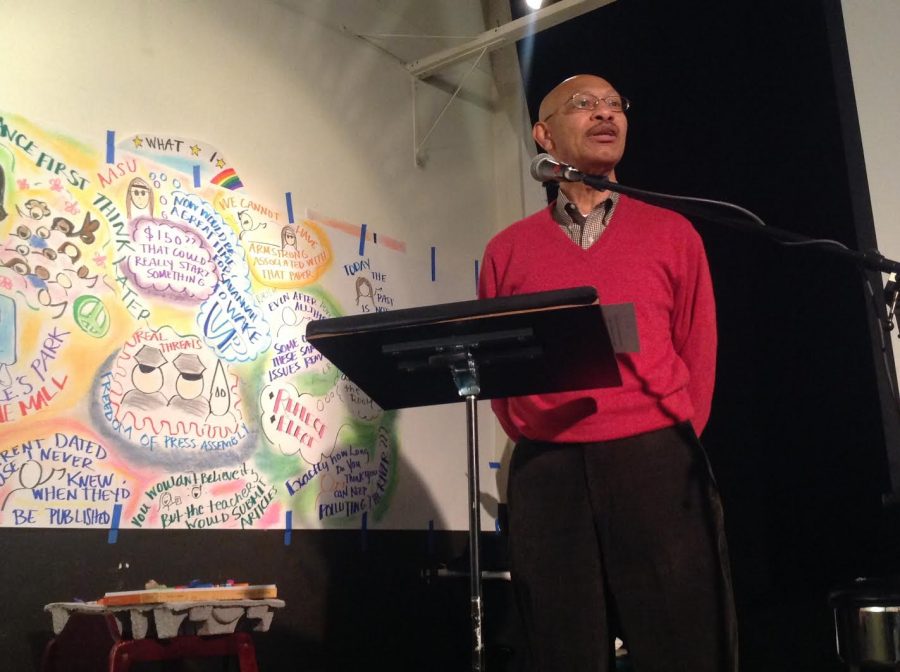 People packed into the Sentient Bean the evening of Jan. 3 to remember and celebrate Savannah’s radical newspaper Albion’s Voice.
The audience was greeted by classic songs from the 60s and 70s like “Proud Mary” and “Whole Lotta Love” playing in the room.

Tom Kohler gave a brief introduction to began the event. He said the event was meant to “connect and reconnect some of Savannah’s radical roots” and bring together current and new activists in the community.

Kohler then introduced the creator of Albion’s Voice, Billy Strong. Strong talked about his memories of the paper while a powerpoint of old photographs played on a screen. He spoke of how he was inspired to make an underground newspaper after seeing another paper of that time called The Great Speckled Bird.

Albion’s Voice ran for six issues in the early 1970s. The paper covered racism, gender equality, poverty, homophobia, police brutality and many other issues that still occur today. The paper was named after a character by William Blake who awakens from a place of darkness and finds enlightenment.

The paper started at Armstrong but administrators felt it was too extreme for the campus. An English professor at the time, Jim Jones, allowed the editors to run the paper out of his basement in downtown Savannah.

The editors struggled to find sponsors and writers. Strong did not date any of the issues because he never knew when they would be published. Vendors were often harassed and arrested. The staff even faced a bomb threat from the KKK.

In spite of those obstacles, the staff continued to distribute issues because they wanted to be a voice of change in the local community.

“Underground papers can tell you what’s coming down the road,” Strong said. “Free press can focus on those kinds of [community] problems better.”

After Strong’s speech, several members of the audience read excerpts from different issues that held significance to them.

The last speaker was former mayor of Savannah Otis Johnson, who met Strong at Armstrong when Strong was a member of Students for a Democratic Society. Johnson, who desegregated the Armstrong’s student population in 1963 and faculty in 1970, wrote an article that was published in Albion’s second issue.

“You are the future,” Johnson said to the audience, “and we need to be mindful of the past and analytical of the present.”

After the program, Strong and Johnson shared their advice on how college students can become activists. Strong encourages students to “get involved with local programs” and connect with the community on a one on one basis.

Johnson said students “have to get politically active again, organize, educate [yourself]…dig deep into these issues…contribute [their] energy and ideas.”

Artist Brittany Curry created a visual interpretation of the event as each person spoke.

AJ Perez, a SCAD graduate, said Johnson’s speech inspired him to help make a change in the community. He said hearing some of the obstacles Johnson had to face gave him the courage to speak his ideas without fearing how others would respond.

Christopher Schell, a middle school teacher, said the event inspired him to make sure his students use their voices. He said he wants to show his students that all of these issues are connected and when activists from different issues support each other, their movements become stronger.