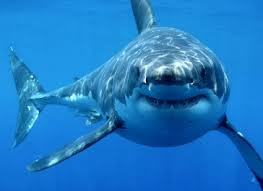 Who really is king of the ocean? If you exclude the recently cast Jason Momoa as Aquaman in the new DC blockbuster “Batman vs. Superman” coming out July 2018, the current people’s choice for king of the ocean is the Great White Shark.

The great white shark is a massive creature, with both deadly speed and power and thankfully they are indigenous to other parts of the world, which means a siting in this region of the United States is pretty uncommon.

Recently, there have been sightings of great white sharks along the coast of North and South Carolina and Georgia. Year after year a couple of these predators are pinged just off the Atlantic coast of the United States, traveling as far north as Boston, and as far south as Florida.

Normally, they aren’t close enough to be captured on video. The only reason we even know they are out there is because of geotags that transmit their location and ping at certain intervals. This knowledge is used for research purposes, but it also appeals to the public eye, especially during shark week.

But, can the creatures of the deep detect imminent danger looming before it happens?

The Obama administration recently proposed the beginning of offshore drilling off the coast of the Carolinas, Virginia, and Georgia. Although this has the potential to be very threatening to the local wildlife, the new business also holds the potential for an economic boost for the southern states bordering the Atlantic. The bill is said to release permits to allow for drilling of oil and natural gases. They are expected to be leased from 2017 to 2022.

When one door closes, another one opens. To counterbalance the recent proposal allowing offshore drilling along the Carolinas, the Obama administration has also released a proposal to permanently shut down drilling in Alaska, and make it a national park, a very common quid pro quo tactic used by the administration to keep both sides of the party satisfied.

Where does this leave us in the big scheme of things? While the drilling for oil is not absolutely official as of yet, it still has to go through several local committees before the scouting process of potential locations can begin.

Although we will have the preservation of a national park in Alaska come out of the whole ordeal, this could mean the end for the few great white sharks that annually visit our beautiful coast, or an opportunity to coexist and develop new resources all under the same ecosystem.