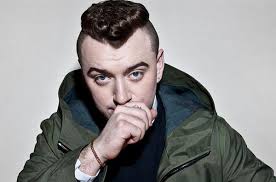 Copyright infringement in the music industry happens. Known for his hit song “Stay With Me”, three time Grammy-nominated artist Sam Smith has been hit with copyright issues. Sam Smith quietly settled a lawsuit with singer-songwriters Tom Petty and Jeff Lynne.

Petty and his producers noticed that Petty’s 1989 hit “Won’t Back Down” off of the Full Moon Fever album shared many similarities with Smith’s “Stay With Me.”

The story was first reported in The Sun Magazine stating that Smith and Petty had quietly settled on an agreement back in October on the similar sounding songs. “Recently the publishers for the song ‘I Won’t Back Down’…contacted the publishers for ‘Stay With Me,’…about similarities heard in the melodies of the choruses of the two compositions,” Smith’s rep said. Not previously familiar with the 1989 Petty/Lynne song, the writers of ‘Stay With Me’ listened to ‘I Won’t Back Down’ and acknowledged the similarity according to Rolling Stone.

Tom Petty has recently released a friendly statement via Tom Petty Website:
About the Sam Smith thing. Let me say I have never had any hard feelings toward Sam.  All my years of songwriting have shown me these things can happen.

Sam’s people were very understanding of our predicament and we easily came to an agreement.  The word lawsuit was never even said and was never my intention.  And no more was to be said about it.

Peace and love to all.
The suit has been settled since. Tom Petty and Jeff Lynne are now credited co-writers of the song. Although the song has already been nominated for three Grammys, Petty and Lynne will not be eligible for the awards and Smith’s song will simply be considered interpolated.