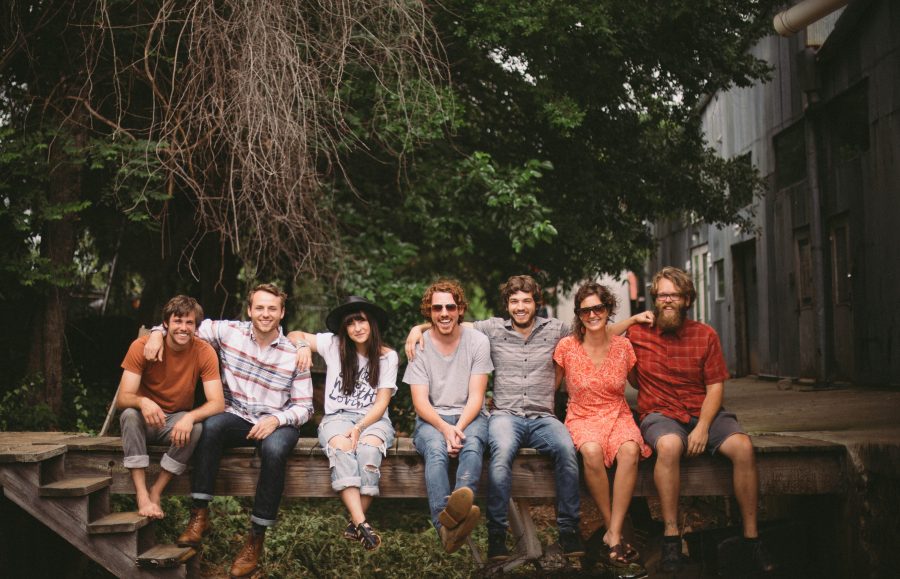 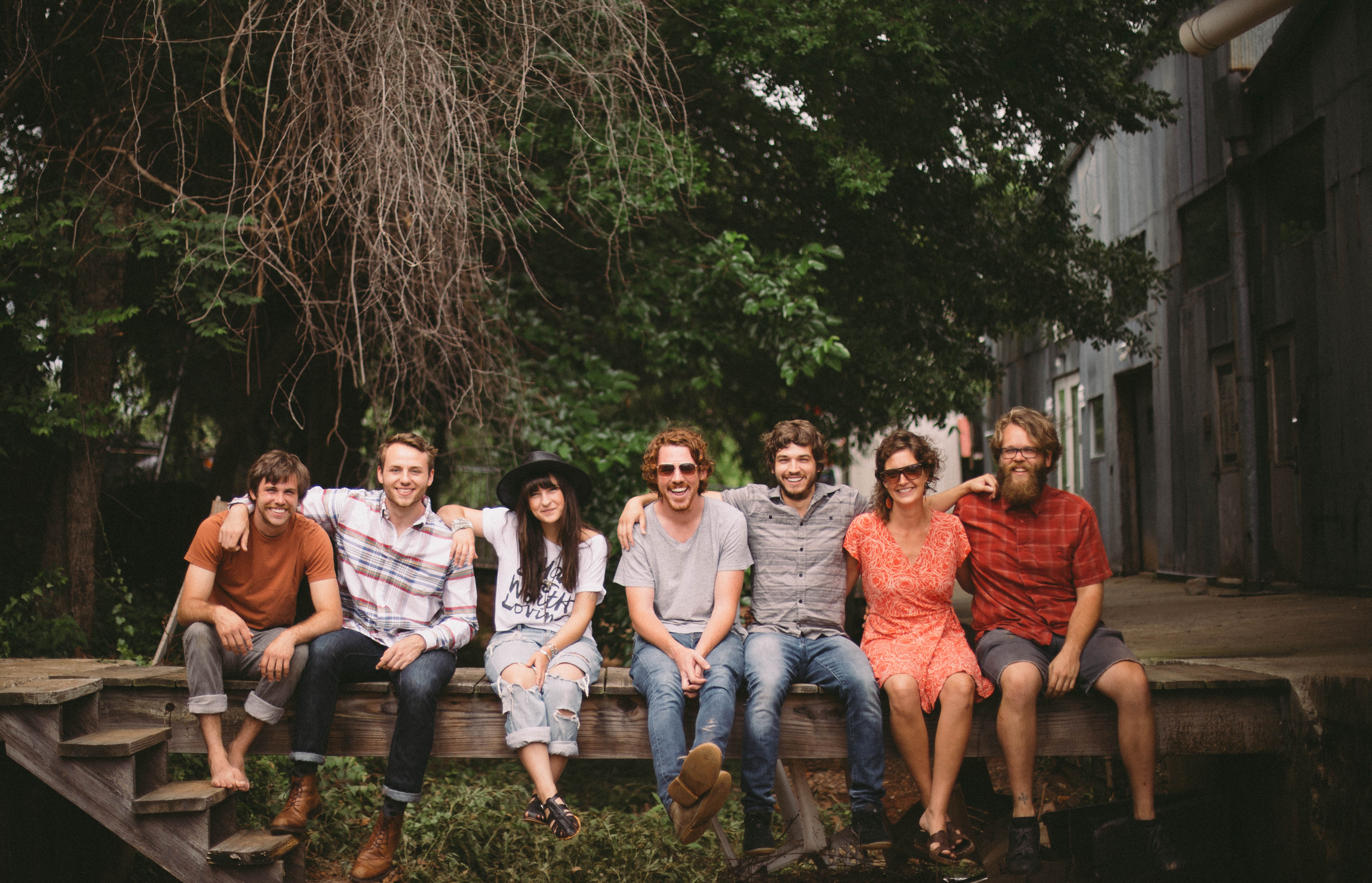 What do you get when you cross the energy of The Blue Man Group with the acoustic sound of The Avett Brothers? Family and Friends.

Family and Friends is a crew of seven best friends hailing from Athens, Georgia, who play a heart-pumping, foot-stomping, hand-clapping version of indie-folk rock.  The band boasts not one, but two drummers, a violinist, three guitarists, and when the mood is right, seven vocalists.

Stepping onto the scene in 2012, Family and Friends released their first album “Love You Mean It” Jan. 9, 2014.  Their luck has not shown any sign of running out because they later won both Artist of the Year and Upstart Band from the 2014 Flagpole Athens Music Awards.

Recently, they played a sold out show at the Georgia Theatre following their first tour, where they shared the stage with other folk-rockers such as The Oh Hello’s.

Some of their favorite venues have included an exclusive alleyway show, where they played ground-level with the fans, and Mahall’s bowling alley in Ohio.

Mike MacDonald, vocalist, guitarist, and songwriter for the band, claims his decision to pursue music was to “connect and resonate with others… and to have a good time and enjoy life.” A glance at their band pictures, a listen to one of their songs, or a spot in the crowd at one of their concerts is a perfect representation of how Mike has successfully fulfilled his pursuit.

An undeniable truth is that the ensemble creates a tangible and infectious intensity in their music unlike any other band around.  The crowd soaks up the energy, generating an endless cycle of joy and life in the music.

Ryan Houchens, one of the two lively percussionists, recognizes this energy is driven by a love far greater than themselves. Ryan believes that the audience “is what creates us, not so much what we are creating ourselves.”

The two drummers are known for rarely staying seated for the performance, fully submerging themselves in the music and feeding off of the crowd.

Mike describes his song-writing experience as a puzzle. He writes what he calls the “skeleton” of the song on his guitar. He then pulls in the drummers to discover the “backbone,” and lastly, presents the song before the group to evoke conversation. The puzzle is finally pieced together after providing group-oriented “brain blasting ideas” that give it meaning. The end result is a string of soul-filled lyrics, sung, chanted and hummed into glorious existence.

Aside from bringing a plethora of musical talent to the band, some of the members are known for other defining characteristics. “Tuna” Fortuna, the bassist, has a talent for growing an amazing beard, so much so that Flagpole magazine dubbed him “Best Musical Beard of the Week” in January.

According to Ryan, other percussionist Alejandro brings a “dark, Columbian sexual energy,” and Maria brings her violin and a certain playfulness into the mix.

Casey’s vocals are known for more than simply their harmonies; Ryan claims she also spits a strong rap game.

When asked whether being in a band is all that it is cracked up to be, there was a resounding “yes.” Each member recognizes that there is nothing better than sharing what you love with those whom you love every day. Work takes conflict and struggle, but love and friendship is their catalyst to persevere.

Tuna’s main struggle with the band is quite complex. “We only bought 5 snuggies and there are six of us. Every day is a struggle to snuggle,” he said.

As their band profile says, they were “formed under the idea of ‘Good People. Good Music,’” and their dreams to make music are driven by their passions, their love and their humor.  Nothing short of great could come from such a dynamic combination.

You can find Family and Friends at Savannah Stopover on March 6 at 7pm or on familyandfriendsband.com .