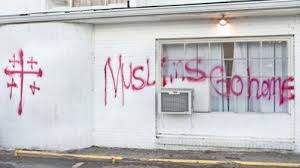 “I’m walking through the Semi Forest apartment complex in Chapel Hill and I just heard two gunshots, and I don’t know what building it came from, but I heard kids screaming.” The 911 call, released by Chapel Hill authorities, led police to find the bodies of the three Muslim-American students murdered execution style in the North Carolina neighborhood.

Shortly after the incident, 46 year old Craig Stephen Hicks turned himself in and was indicted with three murder counts. He is currently being held without bond in Durham County Jail.

Chapel Hill Police are investigating the circumstances surrounding the incident. It has been said that the murders may have been from ongoing disputes over parking.

Neighbors describe Hicks as angry and say his negative attitude was nondiscriminatory. There is heavy pressure to charge Hicks with a hate crime.

Interviews with friends and family revealed that Yusor complained of multiple incidents at her apartment where Hicks appeared to be a threat. Friends also say that Barakat, too, went as far as to draw maps for his friends designating safe parking in order to avoid Hicks.

Father of the two female victims, Dr. Abu-Salha, released a statement in response to the murders and ensuing investigations. “We belong here. We have blended our blood with the soil. We raised our children to honor any country they live in and to be loyal to it and to their community.”

The Muslim community is concerned that the shootings are only a confirmation of the negative stigma Muslims have in today’s society. They also think that dismissing the murders as a product of a neighborhood argument is an insult to the lives of the victims.

As hashtags like #MuslimLivesMatter flood social media, we are reminded of the recent racially charged murders of victims like Eric Garner and Michael Brown. Neither of these cases, nor others like them, have resulted in arraignment or conviction of hate crimes. The phrase hate crime carries with it the sensitive insinuation that a problem still truly exists within our country against targeted religions, races and cultures. The words of President Obama encompass the hope that justice remains blind.  “No one in the United States of America should ever be targeted because of who they are, what they look like, or how they worship.”