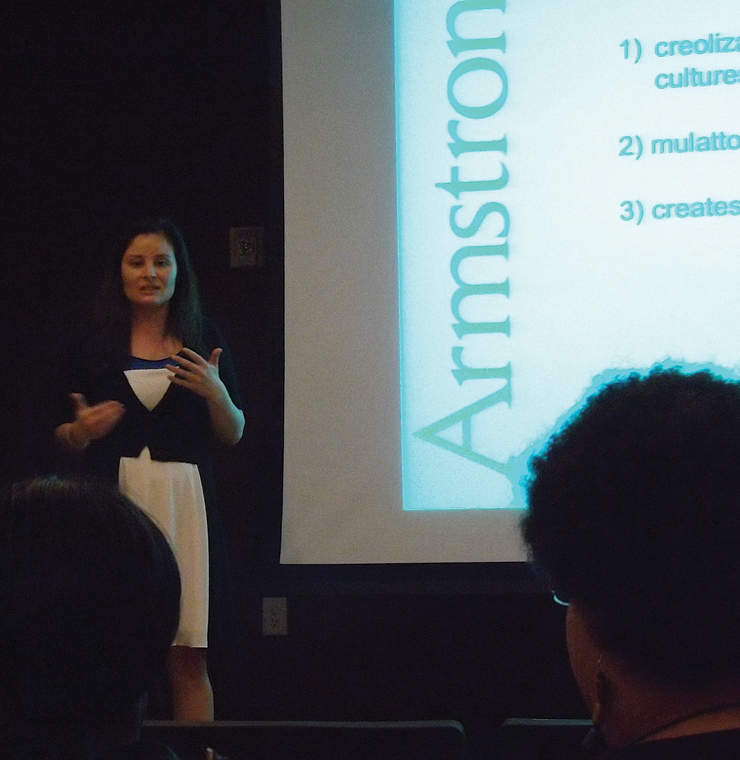 The Afro-Latino talk took place Feb. 18 at the Ogeechee Theater. The lecture covered African and Latino culture, including language varieties, race, and slavery.

Jennifer Wyse started the discussion with the background of race and ethnicity. She went into depth defining race, saying that “race did not exist until colonization,”and how slavery rooted the word.

Wyse also discussed race within Latin America and its societal impact. “The law in South America was different,” Wyse said. “Since it was different, a lot of mixing and integration influenced them not acknowledging race.”

Many Latin American countries have decided to stopped recording race within nationwide census in hopes to eliminate racism. By refusing to acknowledge race, the governments have created a different kind of racism, one that relies on the ethnocentrism of individuals trying to maintain their identities.

Sophomore english communication major Daniel Wright said, “The talk was beneficial to me. It opened my eyes to see that my heritage was more spread out than I thought it was.”

Elizabeth De La Pena was the last speaker of the night.

She touched on the influence of race in Latin American languages. In more detail, she explained that language is a living thing. It can grow, and die with the people who use it. Pena used this to explain how it changed drastically for the slaves pulled from Africa to the Americas.

Stephanie Molina, a senior criminal justice major at Armstrong said, “The talk was informative and great. We don’t necessarily think about language enough, so it should be talked about more.”