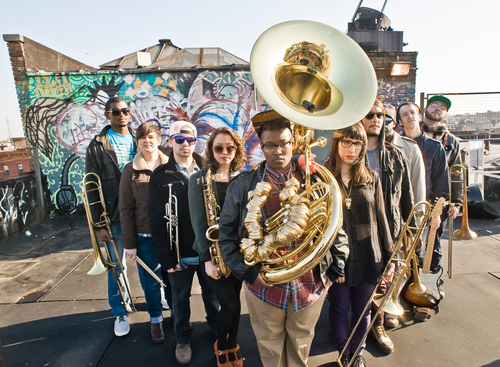 The weekend event starts March 5 at 5:30 with the 5th Anniversary celebration of the festival taking place at the Charles H. Morris Center at Trustee’s Garden.

Nashville’s Turbo Fruits and the local Savannah band, The Wave Slaves, are scheduled to kick start the night at 5:30 p.m. followed by headliners Southern Culture on the Skids at 6 p.m. Admission to the opening night anniversary celebration is included in both the three day festival pass as well as the single day pass for Thursday.

The festival then continues through late Saturday night with traveling and local bands playing at different venues such as Abe’s On Lincoln, Club One, Hangfire, The Jinx, and many others. Local bands such as Beneath Trees, Crazy Bag Lady, Wet Socks and Cusses are only a fraction of the bands scheduled to play throughout the weekend.

There will also be a significant amount of touring bands such as Family and Friends, Jack+Eliza, Tall Tall Trees, and French Horn Rebellion to name a few.  The lineup of over 100 bands can be found at the Savannah Stopover website at www.savannahstopover.com

The event will also feature beverages from Lagunitas Brewing Company and a Food Truck Rodeo with trucks from Whole Foods Market Savannah, Molly McPherson’s, and Cal’s Country Cook’n. The Skid South VIP Lounge will have a Smore’s fire pit, southern treats from Dept. 7 and more.

Three day passes for the festival are still on sale for $75 on the Stopover website. These passes allow access from March 5 thru March 7, including the Opening Night 5th Anniversary event.

Admittance is first come first serve at all venues so space may be limited. It would be ideal to get to each show early. Keep in mind that some venues only admit those 21 years old and up so make sure to carry identification.

Additionally, The Jepson Center for The Arts will host a special Art On Tap Friday, March 6, from 6-8 p.m. in conjunction with Art Rise Savannah.

The event in the Eckberg Atrium will serve as the official Opening Reception for Savannah Stopover’s annual Band Poster Exhibition and will feature beers from Lagunitas Brewing and a special Stopover acoustic performance.