Josh Taft: Self Made Folk-Punk Itinerant 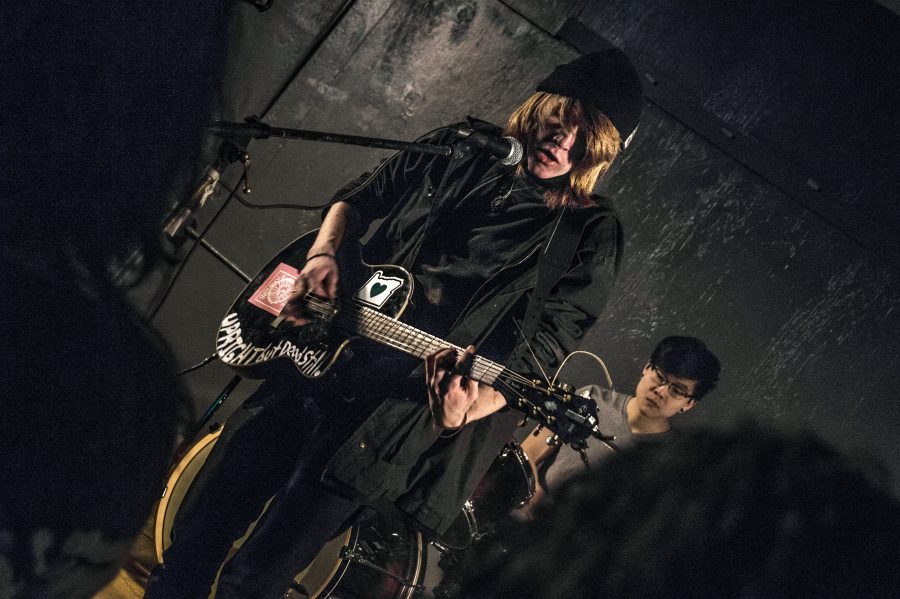 Drawing from the personal life experiences he’s had both at home in Savannah and abroad on the road, Josh Taft writes and plays a very light-hearted, yet visceral brand of Folk-punk. His voice and strumming pattern can be honey and happiness upon the ears one moment, and a sudden neck snapping turn the next, hitting one’s musical palette like the raw intensity of unstrained black coffee.

With an acoustic in hand and no bars holding the scope of his lyrical content, Taft’s songs sing of the modern uncensored mind. Mostly accompanied by barebone chord progressions based in a pleasantly careless major key, the lyrics of his songs read much like a stream of consciousness from a travel journal. “My writing style is generally about a story or some emotion I’m channeling through an event. A number of songs are angry or comical satires based off of things I see,” Taft said. “It’s not very technical or progressive in any way, I tend to mostly write songs to please myself.”

Taft began his life as a musician in high school with the inspirations of Johnny Hobo, the Freight Trains and Andrew Jackson Jihad.

One day,while rummaging through his parent’s attic, he happened upon a forgotten, dust-covered guitar. His interest ignited, Josh exhumed a few of his old poems and, after playing some covers and dissecting the songs of his heros, began to write music of his own.

Taft learned from the school of experience, through the method of trial and error, developing his voice and ears as he mingled with other musicians at Forsyth Park.

Eventually he began to attract the attention of others.“I got my first show when this guy I hardly knew at the time, Jak, asked me if I’d like to play with a few solo acoustic guitar acts at his house one night,” Taft said. Not a man for half measures, Taft didn’t stop walking down the path of a performing artist shortly there after. He kept going. “Now I’ve gone on three tours with Jak around the US and have played way more shows than I ever would have expected starting off.”

Shortly after finding his musical roots in jam sessions at the park and receiving positive listener feedback, Taft took off down the road again, living the life of an itinerant, independent musician.

“I would be forced to just sing and play for hours each day to survive and I loved it,” Taft said. He has hitchhiked and roamed his way all over these fifty states, spreading and sustaining himself upon his music. Among his many memorable experiences, Taft also made many friends while traveling by exploring his musicality style-wise and refusing to write off an opportunity to put on a performance. “That combination has led me to meeting a lot of beautiful open-minded and like-minded friends, who I would meet out of the blue when they would stop and hear something I said that connected with them,” Taft said. “[They] feed you love and emotions and experiences and all of that creates more music. That cycle has always taught me and kept itself going as long as I’ve acknowledged it.”

Now, having really come into his own as singer/songwriter, Josh finds inspiration from the environment about him, his personal life narrative, and those of the many characters he’s run into throughout the course of his musical career.

He’s definitely inspired by the determination of his fellow performing artist. “Honestly most of the music I listen to nowadays is from live performances. My friends, and the people that take off from city to city just to perform and travel and express themselves through what they love are what I love seeing about music.”