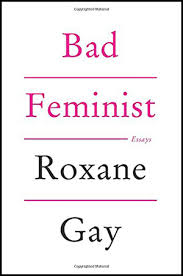 Roxane Gay, an acclaimed feminist writer, will be in Savannah for the 6th Annual Ursrey Memorial Lecture. She will be speaking at the Trinity United Methodist Church on Thursday, September 3rd at 7:00pm. Gay is an American writer, editor, and blogger. She is also a professor of English at Perdue University. She is the author of Ayiti, An Untamed State, Bad Feminist, and Hunger. Her essays have also been featured in many great titles including Best American Short Stories 2012, Oxford American, and American Short Fiction to name a few.

Feministing.com called Gay’s work “A meaty volume of personal essays and criticism from one of the great storytellers and smartest cultural observers out there. . . . Gay is as critical and as she is admiring. That balance is what actually makes these essays so enjoyable and honest.” Bad Feminist is her most popular book and a New York Times best seller. This book is a collection of essays that challenge readers to think while having fun with the topics discussed.

Bustle says, “What’s so special about this collection is its accessibility – Gay is nothing short of a critical genius, yet every essay is approachable and open while still being thorough. Her writing is rare, and at that, not to be missed.”

In her book, Gay states, “When feminism falls short of our expectations, we decide the problem is with feminism rather than with the flawed people who act in the name of the movement.” Bad Feminist serves to open our understanding of feminism and what it means to be a feminist. Gay also talks about the unrealistic expectation that women who identify as feminists have to be perfect. If feminists aren’t perfect, then the movement is weak and unworthy of attention.

Gay is also of Haitian background and her book contributes thoughts of growing up Haitian in the United States. “Roxane Gay is the gift that keeps on giving. . . . An entertaining and thought-provoking essay collection,” writes Time Magazine. This is an event worth attending for the further understanding of feminism.