The end of a curse? 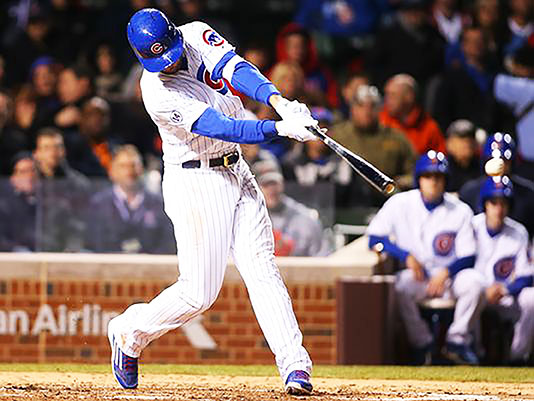 The Chicago Cubs are on the longest championship drought in all of sports history. The team has not won a World Series championship since 1908, while having not played in one since 1945.

Some say the Cubs are cursed. The last time the team won the National League pennant, they were playing the Detroit Tigers in the World Series when a bar owner named Billy Sianis was asked to leave the game because of his pet goat’s odor.

After he exclaimed “Them Cubs… they ain’t gonna win no more,” the “Curse of the Billy Goat” was born. The team has not returned to the World Series since.

In game 6 of the 2003 National League Championship Series, the Cubs lost after a fan named Steve Bartman reached over the wall and caught a Florida Marlin batter’s hit that would have surely been an out for the Cubs. The team went on to lose the game and the series, and Bartman went on to be known as public enemy No. 1 in Chicago.

The Cubs have made the playoffs twice since that incident but have missed the playoffs for six straight seasons. That is, until this season.

2015 has been one of Chicago’s best years, as they currently stand at 89-65 and have clinched a wild card berth in the National League.

Jake Arrieta’s pitching paired with Kris Bryant and Anthony Rizzo’s explosiveness at the plate have rejuvenated the Cubs’ franchise. These players have given the faithful Chicago Cubs fans a reason to love baseball once again.

The regular season is drawing to a close and the hunt for October is in full swing. The Cubs know exactly what they need to do if they want bring a championship back to Wrigley Field for the first time in 107 years.

The Cubs must take things one game at a time if they want to succeed in the playoffs this year. With the powerful St. Louis Cardinals and the scrappy Pittsburgh Pirates coming out of the same division, the Cubs are going to be in for a fight no matter what road they take to the World Series.

The team has the tools they need to be successful. Aside from Arrieta on the mound, relief pitcher, Hector Rondon, provides a boost that any team would be happy to have. He has thrown 28 saves for the Cubs but he will need a few more during the playoffs to have any success.

Defensively, the Cubs have been on fire in the second half of the MLB season. Dexter Fowler and Rizzo have been the team’s most proficient fielding pieces. The team also has a variety of farm league talents to choose from if need be.

After all, “Back to the Future Part II” predicted the Cubs would win the championship this year more than 20 years ago. Of course, they said they would be playing the Seattle Mariners and any baseball fan knows that is not going to happen.