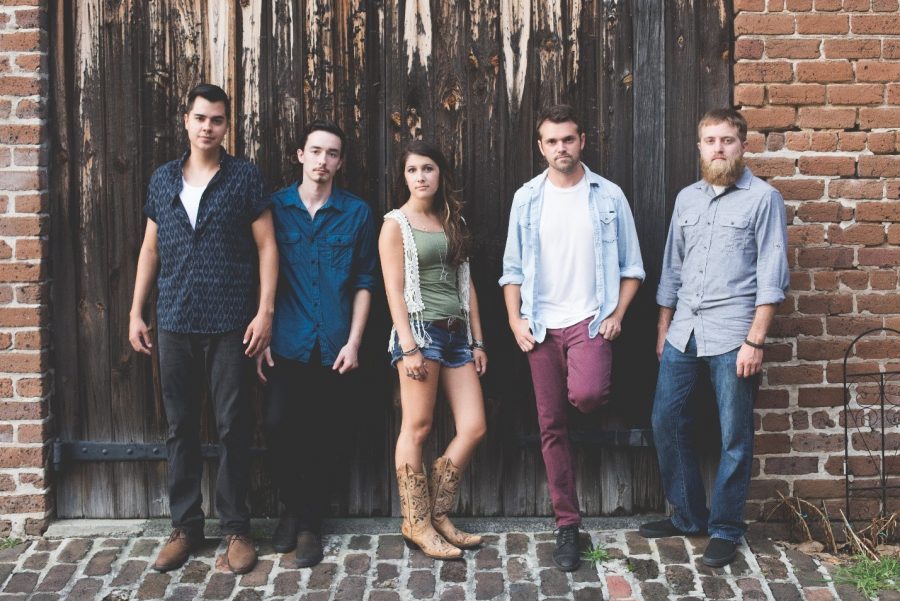 For the past three years, local band Lyn Avenue has been nominated “best country band” in the Georgia Music Awards. This year the band is nominated “band of the year” and fans are in control of voting.

The five-piece contemporary country band began in 2010 as a garage and pop/rock band. Their name emanates from the street of the same name in Savannah, GA where the group played together for the first time.

Cecilia Witt, an Armstrong student who goes by Cc and is one of the band’s founding members, said, “I started writing country songs and we learned a couple Johnny Cash covers and immediately people just started to ‘get’ us.”

Witt also said that, “Although we strive to maintain strong lyrical content and not write songs about trucks and beer…lately we’ve been writing stuff that’s even more country.”

The band’s inspiration stems from artists such as Loretta Lynn, Johnny Cash, and Dolly Parton. They also love the old-fashioned-meets-modern style of Kacey Musgraves and some revamps of Glen Campbell.

The group is made up of four guys and a girl, three of which recently joined. Witt and co-writer Patrick Ellington have been friends for seven years and dating for six years. Ellington is also the lead guitarist for the band. Larry Jones, bassist, has been with the band for over a year while Kyle Conner who plays mandolin and guitar and Brady Phillips, the drummer, joined the band this year.

“With the help of our manager and entertainment attorney we intend to approach record labels very soon. We plan to start touring in 2016,” Witt said.

She also stated that finding the time to fulfill those goals is hard due to their busy lives as students, even though some of them have graduated and have other jobs. Their next appearance will be at Wild Wing Café in downtown Savannah Oct. 2 at 10 p.m. The concert is open to fans ages 21 and up.

Voting for this award ends on Oct 4. Fans may cast their votes by going to www.georgia-country.com and clicking on the “2015 Georgia Country Awards” link. To keep up with the band and all of their award nominations visit www.lynavenue.com