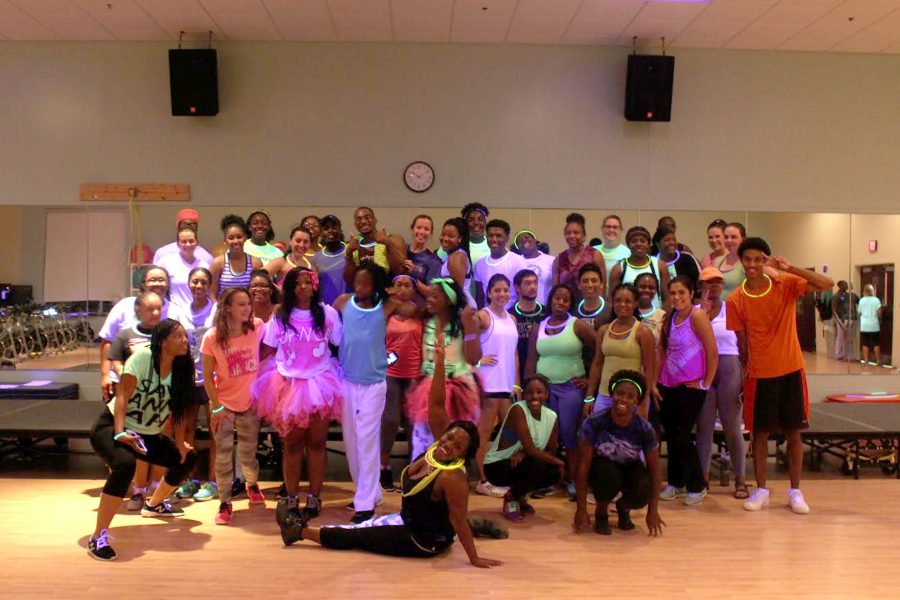 Freshman Nursing major Alyssa Grissom explained that she came for the exercise, as well as the interaction with other students from around campus.

“It’s the first social activity that I’ve been to and I like to work out, so I figured it would be a lot of fun,” Grissom said. “I had my sister come along with me so it’s something we could do together.”

Freshman Theater major Jordan Soto came specifically for the dancing. “I was in show choir for a few years,” he explained. “but there’s no show choir here at Armstrong. This is the closest thing they have for dancing.”

Even Mara Demauro, Assistant for Fitness and Wellness and coordinator for Zumba Glow, said, “Zumba is a huge turn out class-wise. [The] Glow event has always been a good turnout. Once everything is settled in I will go in there and just dance around.”

Junior Radiology major Sharanda Dean was a Zumba student before becoming an instructor. She says that instructing Zumba is just as much fun as participating in it.

“I’ve been teaching for the past three years. I’ve done Zumba for the past five,” Dean said. “So, when I was back home I got an instructor that really motivated me to get my license and I started from there.

Zumba Glow frequently proves to be a large success. Will you be a part of the next fun event here on campus? Be on the lookout for the upcoming fitness events from the Student Wellness and Recreation Center and try out a Zumba class yourself.