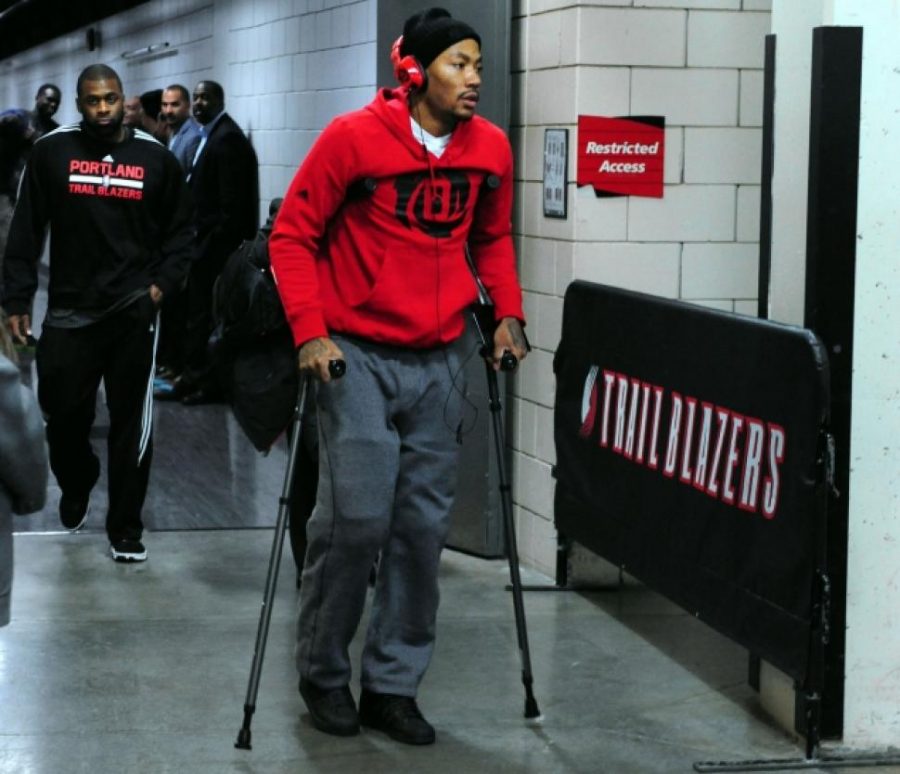 Injuries happen to athletes in every sport. From football to golf to baseball to skateboarding, injuries are part of the game.

For some, injuries occur much more than others. Chicago Bulls’ superstar point guard Derrick Rose is the epitome of the term “injury-prone.”

Rose followed his fantastic rookie season with an even better sophomore one. Rose became the first Bull to make the Eastern Conference All-Star team since Michael Jordan in 1998.

In his third year, Rose continued to up the bar. While leading the Bulls to the number one seed in the Eastern Conference for the first time since the 1997-98 season, Rose won the NBA’s Most Valuable Player award.

It was in his fourth season that Rose’s dream transitioned sharply into a nightmare. Rose led the Bulls back to the number one seed in the Eastern Conference and the Bulls looked as though they were going to bring a championship back to Chicago.

In Game 1 of the first round against the Philadelphia 76ers, Rose went down with a knee injury. He was later diagnosed with a torn ACL and the wind was taken out of the Bulls’ sails as they fell in an upset to the 76ers.

Rose missed the 2012-13 season while rehabbing his knee injury. He made his triumphant return to the court October 5, 2013, but it was short-lived. A month later, Rose tore his meniscus in the same knee missed the rest of that season as well.

Last season, Rose looked healthier than ever during the offseason. He was electric in the season’s first month of play, but he again injured his knee in November, missing a month of play time.

While the last few years of Rose’s career have not turned out how he hoped, he is looking towards the future. However, Just last week, Rose took an elbow to the face which broke the orbital bone just below his eye.

Rose was expected to return to the team sometime this week, but the Bulls have to take every precaution with an injury that brutal.

The 2015-16 season is still a month away, but fans have to wonder when the next injury will come. While it is never good to expect an injury, it is clear that Ros is truly a walking billboard for them.