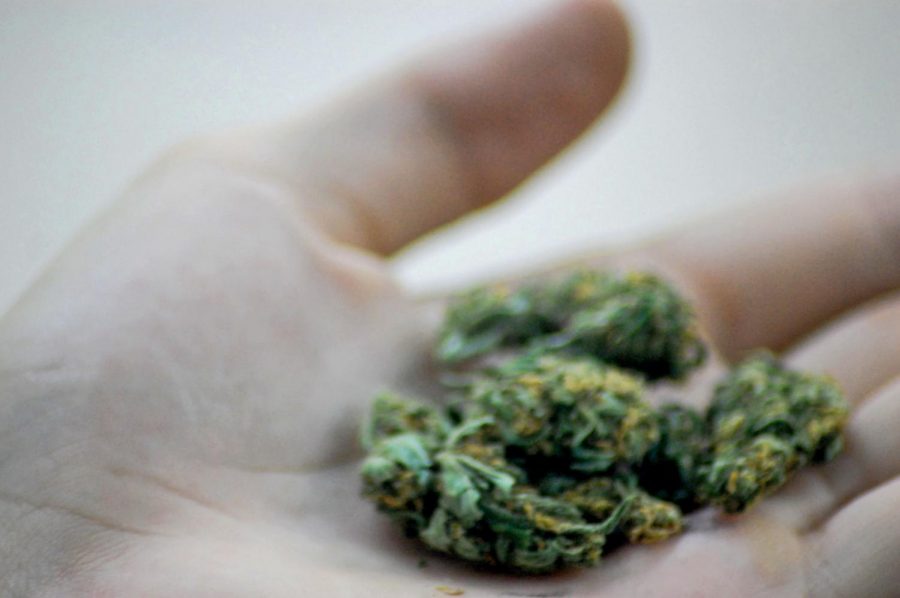 GroupMe is a messaging app popular among college students, who use it to talk about classes, professors, due dates, group projects, syllabi, assignments, tests and quizzes, but could students at Georgia Southern University be using the app to cheat, plagiarize and collaborate on assignments?

Entrepreneurs Jared Hecht and Steve Martocci founded GroupMe in 2010. The app, available on both the Apple and Google Play stores, allows users to start group chats and add other people to them via phone number, email address and membership in past chats.

Technology publication Tech Radar named the app one of its “Best business networking apps of 2018” and HuffPost named it one of the “7 Best Apps to Download for College” in 2015. GroupMe has also been featured in The New York Times and Gizmodo.

In 2018, hundreds of students were charged with academic dishonesty at GS, according to records obtained from the university’s Office of Student Conduct. At least seven were found responsible for cheating by the University Student Conduct Board or the Armstrong campus’s Student Integrity Board. It is not clear, however, if any of the students used GroupMe, specifically, to cheat.

GS’s Code of Student Conduct defines cheating as “the use or attempted use of unauthorized materials, information, or study aids in any academic exercise” or any actions taken to gain unfair or undue advantage over others.

Examples include collaborating with other students on assignments without faculty consent, of which the Ohio State students were accused, and using online study services, such as Quizlet, while taking quizzes and tests.

To tell or not to tell?

Destiney Lamar, a sophomore psychology major at GS, is a member of two GroupMe chats this semester, one for her research methods class and another for her contemporary philosophy course. In the chats, Lamar says that she and her classmates talk about quizzes and tests but only after they’ve taken them.

“We’ll be like, ‘How was question number one?’ or ‘Oh, I think I got that one wrong,’ or, ‘What did you think about the essay question?’ and things of that nature,” Lamar said. “Just, overall, how the hard the test was, what was covered, things like that.”

Lamar said that she sees why students use GroupMe to cheat and that the cheating allegations at other universities concerns her. Professors have no control over how students use their phones outside of class, and this lack of disciplinary capability and supervision, Lamar says, is what makes cheating and other forms of academic dishonesty so tempting.

Lamar said that if she were to witness cheating and other academically dishonest activities taking place in a GroupMe, she wouldn’t necessarily tell her professors.

“I wouldn’t dismiss it, but I’d be like, ‘Okay, let me not be around that,’ if that makes sense,” Lamar said, adding that it’s better for her to mind her business.

She said, however, that whether she tells her professors about the cheating depends upon its severity. For instance, if students were sharing entire exams and quizzes, Lamar said she’d be more inclined to report the behaviors.

Sophomore psychology major Jasmine Martin has a GroupMe for her Japanese class, research methods class and environmental biology lab, respectively. She said her Japanese GroupMe primarily talks about how stressed they are about the class. Other times, they share memes about how learning Japanese is difficult.

In her research methods GroupMe, of which Lamar is also a member, Martin said no one ever sends a message until a major assignment is due, and then everyone starts asking tons of questions about the assignment’s instructions and requirements.

In general, Martin believes GroupMe is a beneficial study tool for students. She said it can give students an opportunity to help each other with homework, make friends and discuss the topics they’re studying in class.

Martin says she’s never witnessed cheating in any of her GroupMe chats, and that if she did, she would not report it to her professors.

Martin added, however, that if none of the students in the GroupMe report the behaviors and a professor somehow catches them cheating, then everyone in the GroupMe should be guilty by association.

Sophomore international studies major Jhenia King isn’t a member of any GroupMe chats for her classes this semester but has been in the past. She said GroupMe is useful for things like study groups and asking for notes after missing a class, but that the app can be easily exploited.

“If you’re just putting answers in there, I don’t want to get in trouble because you put answers in there,” King said, adding that she believes the overuse of GroupMe ruins students’ education by making them reliant on others.

Like Lamar and Martin, King said she’s never witnessed cheating in any of her current GroupMe chats, which she uses for extracurricular activities, but that if she did, she would report it to her professors.

“I don’t really necessarily know those people, and they probably will never see me, so I wouldn’t care,” King said. “If they did it, they know they did it, and consequences come for actions.”

A professor shares her fears and concerns

Lauren Bayliss, an assistant professor of public relations at GS, is concerned about students potentially using GroupMe to cheat, but she said she hasn’t tried to stop them from using the app in any way.

Bayliss is aware that her students are using GroupMe to confirm rumors, such as whether class has been canceled, and to ask each other questions about assignments. With every new technology, Bayliss said there’s a certain level of fear as to what problems it can bring, adding that GroupMe alone isn’t what’s problematic. It’s how students use it.

“One of the common ways new technology is used by students is to get around doing work,” Bayliss said, “and so it’s always possible that they’re using it to share information they shouldn’t be sharing, such as information of what’s going on a quiz, or sharing past quiz or test questions, or something of that nature.”

Cheating and other forms of academic dishonesty are not specific to apps like GroupMe, but the technology, Bayliss said, can make the activities easier and more efficient to carry out.

Bayliss said she believes that students not only have a duty to report any academically dishonest activities taking place in a GroupMe but that the students themselves are all complicit if they sit back and say nothing.

“It’s not always understood by students, but the cheating isn’t not affecting the students,” Bayliss said. “It may help a single individual student get by, but they are, first of all, not getting the information or the training that they need, and second of all, they’re changing the bar for other students.”

“So, if I see a lot of students do really well on some quizzes,” Bayliss added, “I may assume that I’m being too easy, and then I might need to make it harder. There are all sorts of negative outcomes that could stem from cheating using GroupMe and other services.”

Despite her concerns, Bayliss said she believes there are instances in which GroupMe benefits both professors and students. She’s teaching an online course this summer, and one of the drawbacks is students being unable to get to know each other well or be in the same place at the same time to have class discussions.

GroupMe can help facilitate student interaction, discussion and friendships, and Bayliss sees no problem with students using the app for those purposes.

“If they want to share flashcards or notes or ask questions about, ‘Did she cancel class for today?’ I don’t know why they wouldn’t ask me, but if they want to ask each other those questions,” Bayliss said, “I’m happy for them to build community outside of the classroom.”