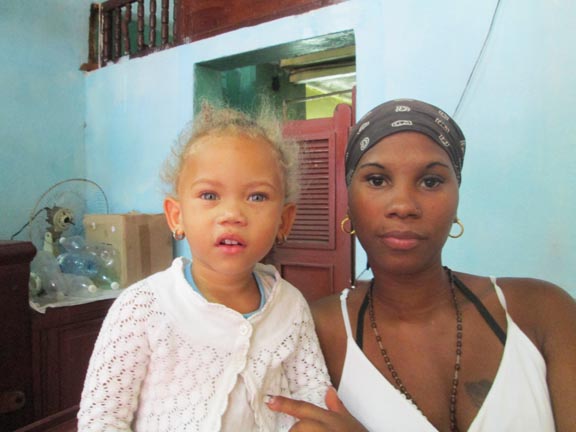 By Llana Samuel, Arts and Entertainment

The writer and photographer visited the small island nation last April and captured his experiences through lens and paper. Mellor’s goal for the collection was to portray Cuba as it is. However, with the USA/Cuba embargo ending and many Americans anxiously gripping passports waiting to visit the island, Mellor is worried.

Mellor spoke of an incident where he tripped over a fishing wire attached to a local’s beer can while he was walking along the Malecon, a popular five-mile sea wall where people gather at night. Although the local man laughed it off, Mellor expressed his concerns saying “one clumsy tourist — but ten a night? Twenty? Not so funny anymore. And that’s what I fear will change most in Cuba.”

The photographer’s favorite piece, pictured with this article, is titled “Bar.” He photographed the woman and girl shortly after what he calls his “one negative experience in Cuba.” The photograph inspired the first two lines of his exhibition statements and proves that as his photographs suggest, Cuba is like no place he has ever been.

“Images from Cuba” runs through Dec. 2 at Gallery Espresso on Bull Street. A reception for the artist will be held Nov. 13 at 6 p.m.